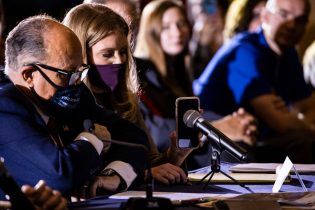 The Pennsylvania State Senate held a public hearing regarding fraud in this year’s election. The hearing was led by Republican state senators who alleged the general election was plagued by problems, including irregularities with mail-in voting.

President Trump’s personal attorney, Rudy Giuliani, made the campaign’s case for voting irregularities and fraud through affidavits. Witnesses of voter irregularities gave their testimony of what they witnessed at polling sites, which included tens-of-thousands of uncounted ballots.

Unlike the mainstream media, One America News covered the historical hearing in its entirety: