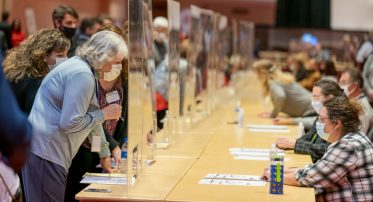 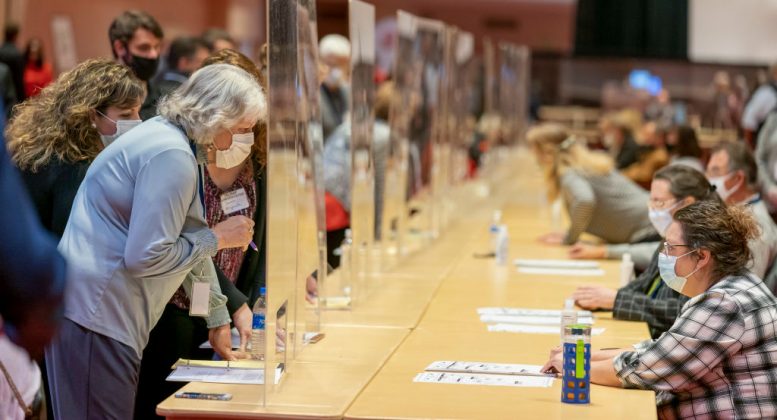 The fight for a free and fair election continues as voters demand action be taken in Wisconsin.

As poll workers enter the sixth day of recounting ballots in Wisconsin, voters and Republican leaders are moving ahead with attempts to bring transparency to the electoral process.

On Tuesday, new evidence surfaced from the recount in Milwaukee County, which showed Republicans still did not have meaningful access to ballot counts.

While Dane County appeared to involve Republican poll watchers, observers in Milwaukee County were forced to stand several feet away from poll workers, which made it significantly more difficult to see the ballots being counted.

The photo was posted the same day investigators found nearly 400 ballots in Milwaukee that were unopened and had never been counted.

“The workers on election day had open envelopes and set those opened ones on top of unopened,” Milwaukee County Clerk George Christenson claimed. “And then inadvertently had missed it.”

The ‘Wisconsin Voters Alliance‘ also got involved in the election process by filing an emergency petition, which claims nearly 100,000 votes cast in the state were done so illegally.

New: Republicans in Wisconsin (the Trump campaign is not a party) filed an emergency petition in the state Supreme Court to stop the final certification of election results (HT @DemocracyDocket for the filing, screenshot of docket below) https://t.co/ZFwxvd0VTC pic.twitter.com/XqRRZCJduK

The group aims to have the state Supreme Court intervene to stop the certification of election results, which is due December 1.

The Wisconsin Elections Commission has until the end of the week to respond to the lawsuit. However, county clerks said they plan to finish their count Friday or early Saturday morning.

President Trump: Why did Wis. wait until after election to cancel 205,000 voter registrations?