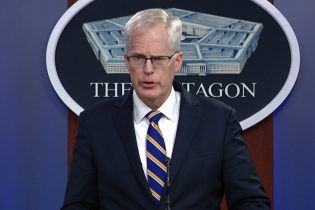 The U.S. military is awarding millions of dollars in contracts to boost the nation’s defenses. On Monday, the Defense Department released a list of projects the Navy and Air Force are undertaking to bolster the U.S. arsenal. It totals more than $440 million in advancements.

Notably, the department is making missile defense a priority after North Korea declared that the totalitarian regime would refuse to abide by any nuclear agreements to limit their destructive power or stop their missile program.

“I’d like to make it clear, once again, that the DPRK will never have any business to deal with the IAEA as long as it runs short of the impartiality, objectivity lifeline of its activities and remains a marionette dancing to the tune of the hostile forces against the DPRK,” stated Kim Song, North Korean Ambassador to the UN.

Following the claim of the North Koreans, the Pentagon quickly announced the successful test of a missile intercept system designed to mimic a North Korean attack.

On Monday, it announced Lockheed Martin has been awarded more than $108 million to aid in the production of the Trident II missile system, which is a submarine-launched ballistic missile that is armed with nuclear warheads. The trident contract comes just weeks after the Navy announced a deal to build two Columbia-class nuclear armed submarines.

The F-35 isn’t the only aircraft getting support as Northrop Grumman Systems accepted a $185 million contract for the A-10 Aircraft Structural Integrity Program, which is expected to be completed over the next 10 years.

“If the forces of terror, instability, division and hate begin a deliberate campaign to disrupt our efforts, we stand ready to apply the capabilities required to thwart them,” he stated.