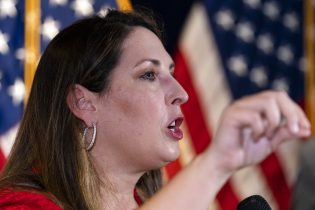 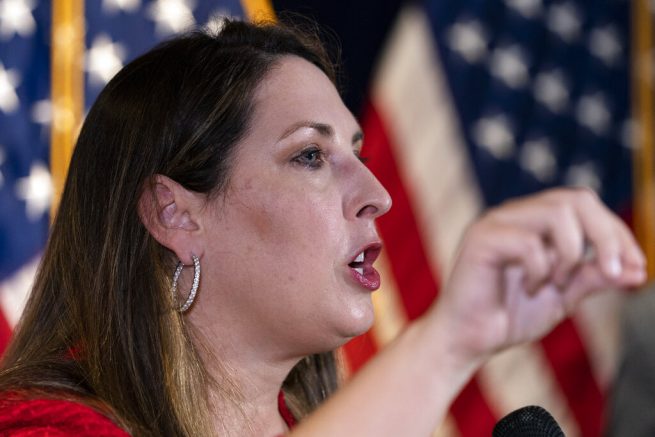 The RNC is committed to the fight for election integrity in Michigan with chairwoman Ronna McDaniel citing thousands of incidents of election fraud in the Wolverine State.

During a radio interview Sunday, McDaniel said Republican poll watchers were routinely prevented from overseeing ballots counts, which were later revealed to be incomplete.

Another glaring issue she mentioned was that in Detroit, 71 percent of poll books contained inconsistencies where more ballots were received than the number of voters who were registered. These books record which voters are registered to vote at specific polling places or by absentee ballot.

The interview came after McDaniel and the Michigan Republican Party sent a letter to the state Board of Canvassers Saturday, demanding the state perform an audit of ballots cast in Wayne County before the state Board of Electors moves to certify the vote.

McDaniel has been leading the campaign for the Republicans regarding election transparency, highlighting the need for Americans to have faith in the electoral process and know that their voice is accurately heard.

“Ultimately, it’s going to be in the courts and the states to decide,” she stated. “But from a party perspective, we need to run down every single irregularity and make sure we pursue it, so it doesn’t happen again.”

This is as true today as it was when I first tweeted it. Election integrity matters. That’s why our ongoing legislative inquiry matters. And whoever gets the most votes will win Michigan just as they always have. The BSC has their legal job to do and we have ours. https://t.co/NAASHiaYt7

Also on Sunday, Michigan House Speaker Lee Chatfield reaffirmed that the President had every right to seek legal action in the state and that the two-week delay requested by the President’s campaign was reasonable. He also added, the state legislature was conducting its own investigation into the irregularities and would discover the truth.

Elder sues Calif. Secy. of State after he was excluded from recall ballot against Gov. Newsom