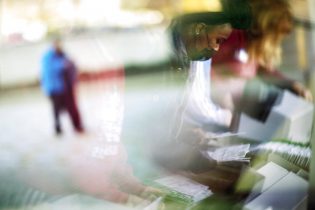 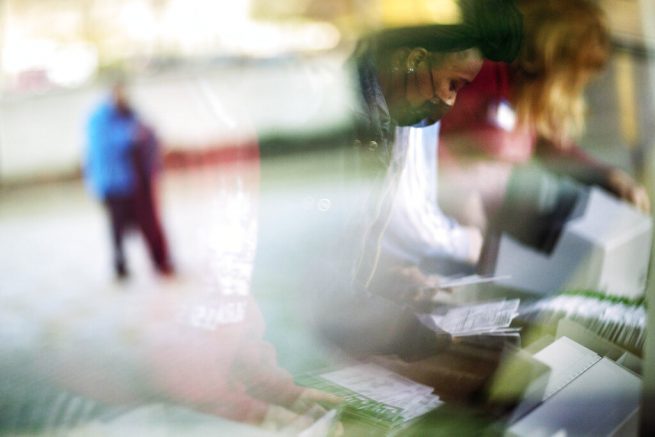 FILE – In this Nov. 3, 2020, file photo, election inspectors are reflected in a window at right as they begin processing ballots while a voter outside arrives to drop a ballot into an official box on Election Day at City Hall in Warren, Mich. (AP Photo/David Goldman, File)

A manufacturer of electronic voting systems tied to billionaire George Soros has reportedly been caught lying about its connection to Dominion Voting Systems. According to a Sunday report, foreign-owned Smartmatic licensed voting technology from the controversial company.

Smartmatic once owned Sequoia Voting Systems, but divested from its U.S. holdings following a 2007 court ruling with Dominion purchasing the company in 2010.

While Smartmatic has denied any continued ties, a recently resurfaced 2015 interview with chairman Mark Malloch Brown, who has sat on the boards of several Soros’ organizations, shows this was far from the truth and Amartmatic continued to license Dominion technology.

“The fact is, yes a part of our technology IS licensed from Dominion. But you tell me a large technology company which isn’t using in part licenses from other companies. And we have a license for the international use of that particular piece of the technology that we employ.”

U.S. to station at least 500 additional troops in Germany

RNC will not allow mainstream media to moderate GOP debates