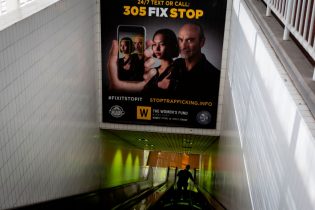 Florida authorities updated the public on their efforts to combat child trafficking and pornography.

The suspects face a slew of charges, including child pornography, human sex trafficking of a minor and solicitation of prostitution.

“Florida ranks in the top five in the nation for reports of human trafficking,” Chief Revell stated. “Arrests like these should serve as a reminder of our department’s, as well as our partners’, commitment to tireless efforts to put an end to human trafficking.”

The investigation catapulted back in November 2018 after Tallahassee police officers launched a successful rescue operation of a teenage girl. The girl was seen on a prostitution website and was later found to have been 13 or 14-years old when she was solicited.

Investigators found an abundance of electronic evidence, which pointed to a large scale trafficking ring. More than 100 suspects received a felony charge and more than 70 received a misdemeanor. Additionally, nearly 20 received federal charges.

“The exact numbers in the U.S. and worldwide are hard to define because human trafficking, like many crimes, lives in the dark,” said Lorena Vollrath-Bueno, felony chief of the Florida State Attorney’s Office. “It is notoriously underreported. I know it’s hard to believe that something like this happens here in our community, but it does.”

Federal and local agencies across the country have been on the offensive in regard to child and human trafficking. Successful operations have been brought to a close in several states this year, including Ohio and Georgia.

However, officials warned the issue is far from resolved and urged residents to be on the lookout for possible human trafficking victims. Some signs include a malnourished appearance, physical injury, and and never being alone.

WHO doctor warns against lockdowns as primary method of pandemic control