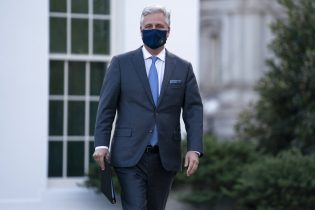 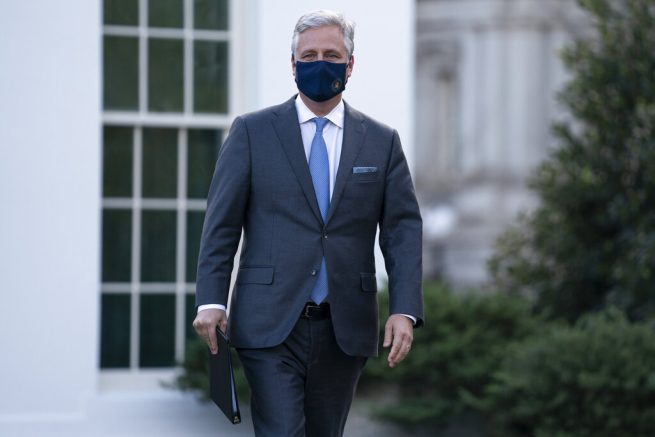 National security adviser Robert O’Brien walks over to deliver a statement on troop levels in Iraq and Afghanistan, at the White House, Tuesday, Nov. 17, 2020, in Washington. (AP Photo/Evan Vucci)

U.S. National Security Adviser Robert O’Brien said the U.S. intends to remain tough on China. He made those comments while speaking with students in Hanoi at the Diplomatic Academy of Vietnam on Sunday.

O’Brien paid a visit there as part of a larger trip to Vietnam and the Philippines, two places which share concerns with the U.S. about China’s rising power and military force. His trip is intended to reaffirm international relations and to discuss regional security cooperation.

“American diplomacy succeeds because of the hard-working men and women serving overseas. Thanks to Ambassador Kritenbrink and team for supporting a successful visit. We appreciate our Hanoi Embassy families for their sacrifices while their loves ones serve.” – NSA Robert O’Brien pic.twitter.com/WK6r44iGcN

“Clearly, President Trump has been very tough on China and has refused to turn a blind eye to their malign conduct, whether it’s stealing American intellectual property or unfair trade practices or getting to coercive situations with their neighbors or partners.”

O’Brien asserted he believes the U.S. will continue their current stance on China with the support of Congress and the American people.

Poll: 57% of Americans disapprove of Biden’s handling of gun laws