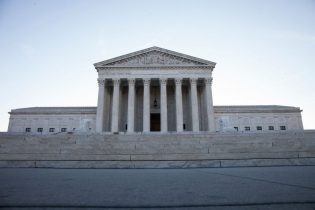 Justices on the Supreme Court received their circuit assignments, which created optimism for conservatives.

Justices of the nation’s highest court have held responsibilities on these circuit courts and U.S. Circuit Courts of appeals since the establishment of the federal judiciary in 1789.

New: The Supreme Court has released new “circuit assignments.” Each justice initially handles emergency appeals that arise from the area covered by their assigned circuit(s). Barrett gets her old court: the 7th Circuit. Sotomayor takes over the 2nd Circuit (previously Ginsburg). pic.twitter.com/eF34IZQp67

The Circuit Justice is primarily responsible for a range of legal requests in the circuit’s geographic area, such as applications to block an execution or requests to extend filing deadlines.

Of the 13 circuits, 10 were assigned to conservative justices including the District of Columbia Circuit and Federal Circuit. These circuits are where the most high-profile cases are carried out. Moving forward, these justices have the power to influence cases with a direct impact on such matters as the election.

For example, earlier this month Justice Samuel Alito ordered election officials in Pennsylvania to segregate mail-in ballots to ensure election boards were complying with election law. Additionally, justices can opt to bring cases from their circuit straight to the Supreme Court.