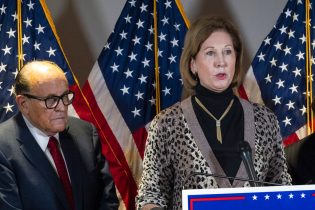 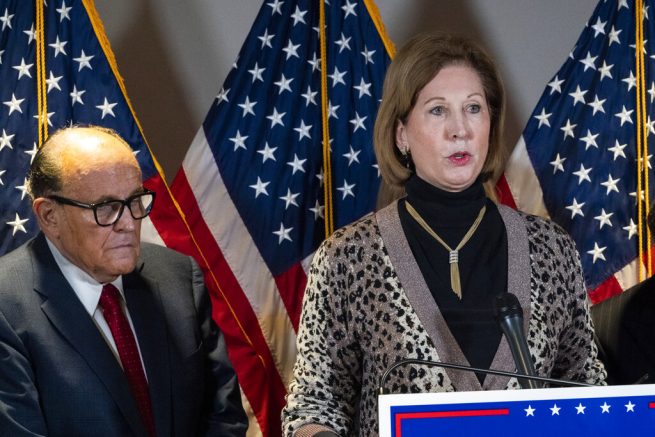 The President’s lawyers are weighing in, once again, on election fraud during the 2020 White House race. While speaking in D.C. Thursday, they claimed votes were hacked and ballots were switched from President Trump to Joe Biden through technology that was developed in Venezuela.

“The company counting our vote, with control over our vote, is owned by two Venezuelans who were allies of Chavez or present allies of Maduro,” he stated. “With a company whose chairman is a close associate and business partner of George Soros.”

“Do you know how many affidavits we have in the Michigan case? Two hundred and twenty affidavits,” he stated. “They’re not all public, but eight of them are.”

Most claims center around the Canadian-made Dominion Voting Systems and the Venezuelan-made Smartmatic systems.

Sidney Powell, an attorney for the 2020 Trump campaign, said the same technology was used to secure a victory for Hugo Chavez in Venezuela and could have been used across the country.

“But one of its most characteristic features is its ability to flip votes,” Powell explained “It can set and run an algorithm that probably ran all over the country to take a certain percentage of votes from President Trump and flip them.”

The attorney added, the alleged error may not have been caught if not for the numerous amount of votes for the President.

Giuliani and Powell have taken the lead on pursuing any voting irregularities against the Trump administration. They are awaiting lawsuits in multiple states, including Georgia and Nevada.

Biden once bragged about allegedly breaking into U.S. Capitol