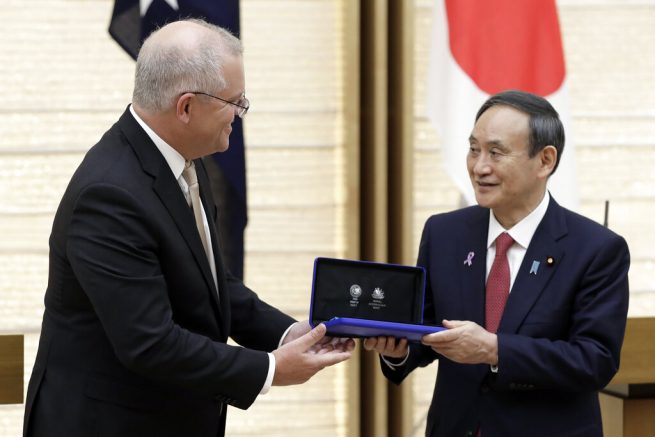 Officials in the U.S. Navy are sharing their support for Australia and Japan’s recent military agreement. In a press briefing in Japan Friday, Vice Admiral William Merz welcomed the historic military pact between the two U.S. allies.

The Japan-Australia Military Pact will allow for soldiers from the two countries to conduct trainings with one another amid growing concerns about the threat posed by China. Merz said the agreement will help contain the communist threat.

“So as we work to work through the larger challenges, that kind of agreement (Reciprocal Access Agreement between Japan and Australia) is really helpful and encouraging to everybody in the region,” stated the vice admiral. “So, we’re very supportive of that agreement and we look forward to exercising along right with them.”

Important… historic, even – this is Japan’s first agreement covering foreign military presence on Japanese territory since the 1960 status of forces agreement w US.

Chinese officials have accused the military pact of targeting the communist regime and have slammed the West’s involvement. However, Vice Admiral Merz said greater cooperation is merely intended to create an environment of inclusion.