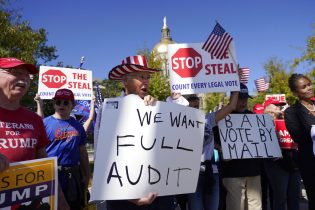 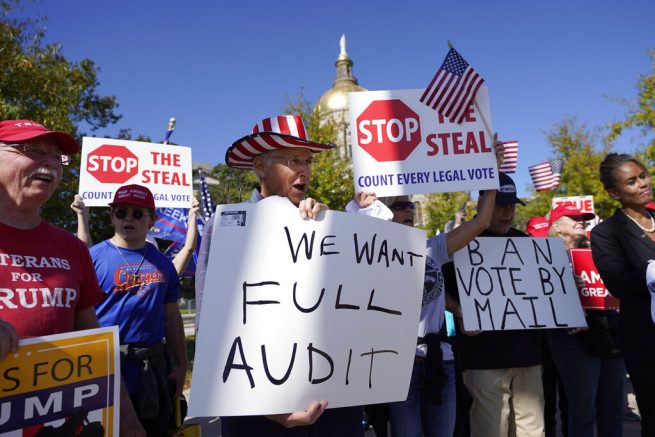 Supporters of President Trump gathered at Georgia’s capitol building to protest election fraud and theft of the 2020 presidential election.

On Wednesday, election officials announced the state would finish counting by the end of the day, which prompted demonstrators on both sides to descend on downtown Atlanta.

Hundreds of Trump supporters walked into the capitol building to demand their politicians ‘Stop the Steal’ of the election by the Democrats.

“Special session!” chants at the State Capitol for this Wednesday’s Stop the Steal protest in Georgia #Atlanta #Georgia #StopTheSteal pic.twitter.com/nmOc3jWVC7

Demonstrations outside remained peaceful as police stood between the opposing groups.

Georgia officials have not yet released their final result count as legal challenges are ongoing.

Police escort the Black Lives Matter/Anti-Fascist protesters away from the area outside the Georgia State Capitol #Atlanta #Georgia #Election2020 pic.twitter.com/DEyodiaW17

Taliban: We are good guys now