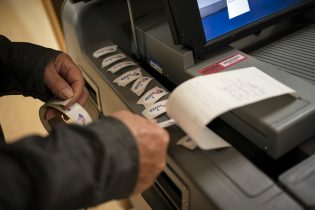 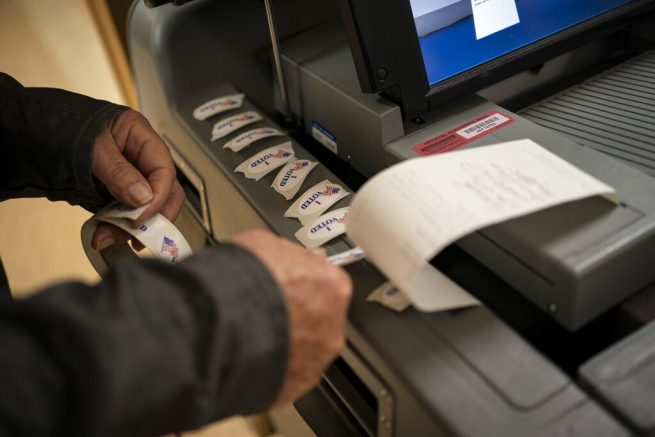 A poll worker lays out “I Voted” stickers next to a ballot machine at the Moose Lodge on Election Day on Tuesday, Nov. 3, 2020, in Kenosha, Wis. (AP Photo/Wong Maye-E)

A member of the President’s legal team reaffirmed the fight to defend “free and fair” elections is not over.

During an interview on Sunday, attorney Sidney Powell said election results in multiple states are “getting ready to overturn.” She cited an overwhelming amount of evidence the President’s legal team has received concerning voter fraud and irregularities.

Powell went on to claim she has enough evidence, some even dating back to 2016, to launch a widespread criminal investigation. She specifically noted a member of Joe Biden’s team is also on the board of directors for a software company behind the flawed Dominion voting systems.

“They’re facing an election that was absolutely rigged, we are soaking in information through fire hoses of complicated mathematical alterations to the votes,” stated the attorney. “We have identified the system capability that does it…it does in fact exist, regardless of what the name of it is.”

Powell said the software, dubbed Smartmatic, was designed for the sole purpose of shifting voting results.

“It was a feature of the system that was designed with a back door, so that people could watch in real time and calculate with an algorithm how many votes they needed to change to make the results they wanted to create,” she explained.

Over the weekend, the President’s personal attorney, Rudy Giuliani, brought attention to the company’s alleged involvement while noting the evidence “will all come out.”

Dominion has denied any claims its software was compromised, also adding that the election was “the most secure in American history.”

Meanwhile, Powell hopes to reveal all pertaining affidavits and evidence of fraud before the election certification deadline.