Million MAGA March to kick off in Washington D.C. on Saturday 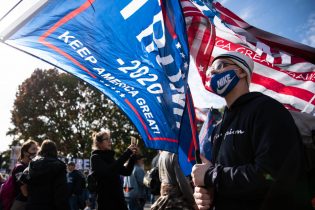 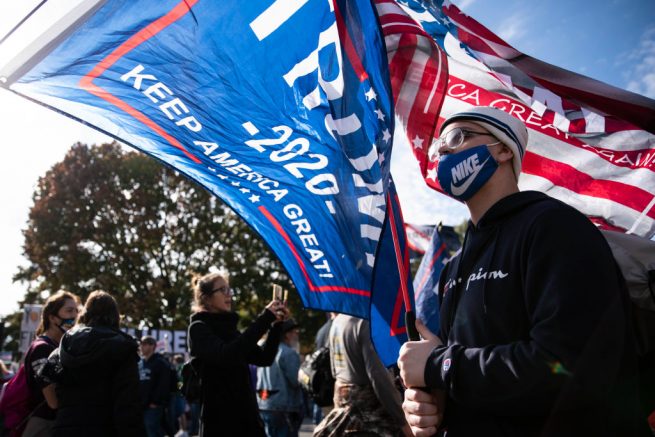 Supporters of U.S. President Donald Trump demonstrate outside of the White House ahead of Saturday’s Million MAGA March on November 13, 2020 in Washington, DC. The group clashed with counter-protesters organized by Shutdown DC at Black Lives Matter Plaza. (Photo by Sarah Silbiger/Getty Images)

President Trump said it’s heartwarming to see all of the tremendous support he has been receiving.

On Friday, the President took to Twitter to express his gratefulness as well as mention the Million MAGA March that kicks off in Washington D.C. on Saturday.

Heartwarming to see all of the tremendous support out there, especially the organic Rallies that are springing up all over the Country, including a big one on Saturday in D.C. I may even try to stop by and say hello. This Election was Rigged, from Dominion all the way up & down!

Trump supporters are hoping to draw attention to allegations of voter fraud and demand a free and fair election in the nation’s capital.

Millions of Trump Supporters will be marching from the Supreme Court in Washington D.C. to the White House on Saturday November 14 #MillionMAGAMarch

Follow this account for updates & Info with regard to the upcoming MAGA march in Washington D.C. pic.twitter.com/btYBuS9ASi

Supporters from as far as San Diego, Calif. are expected to make appearances to fight for a fair and free election. Meanwhile, counter-protesters are expected to hold their own demonstrations that day.

Security is expected to be tight with law enforcement standing by to ensure protests remain peaceful.

MORE NEWS: Supporters Of President Trump Preparing To Rally Together In D.C. This Weekend