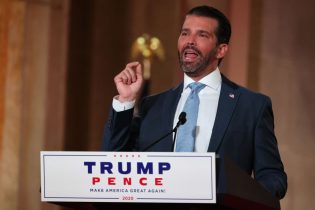 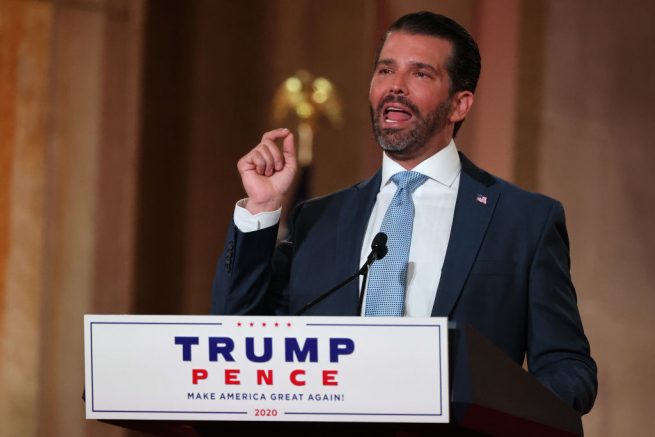 Donald Trump Jr. pre-records his address to the Republican National Convention at the Mellon Auditorium on August 24, 2020 in Washington, DC. (Photo by Chip Somodevilla/Getty Images)

The President’s son called out a Democrat congressional candidate for his alleged connection to China.

Donald Trump Jr. took to Twitter on Friday and said “Imagine my shock, another Dem candidate with financial ties to China.”

Imagine my shock, another Dem candidate with financial ties to China.

Ossoff is currently running for Senate in Georgia against Republican senator David Perdue (R-Ga.) in the run-off election in January. However, critics are concerned over his ties to the Chinese company, whose owner has voiced his opposition to the pro-democracy movement in Hong Kong. 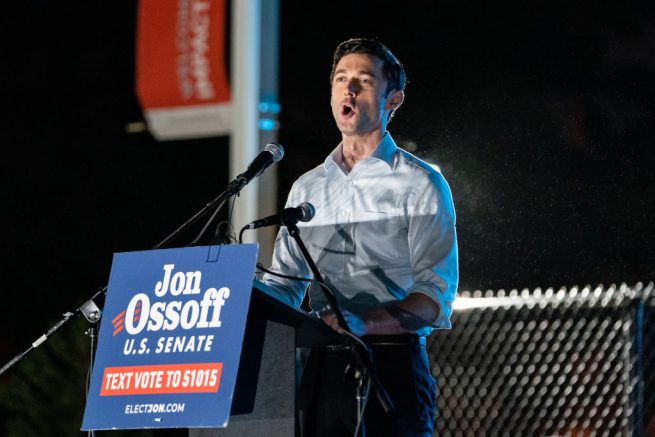 Democratic U.S. Senate candidate Jon Ossoff speaks at a campaign event on November 10, 2020 in Atlanta, Georgia. Ossoff’s challenge to incumbent Sen. David Perdue (R-GA) has gone to a runoff that will be decided in January. (Photo by Elijah Nouvelage/Getty Images)

MORE NEWS: At Least 2 Dead In Explosion Near Veterans Hospital In Conn.