At least 2 dead in explosion near veterans hospital in Conn. 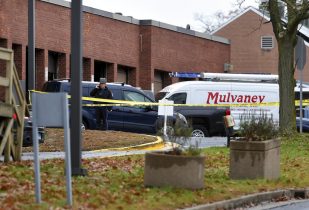 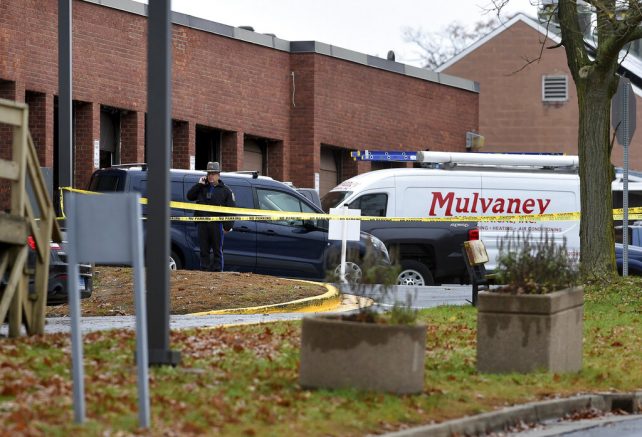 Emergency personnel stand by the scene of an explosion in a maintenance building at a Veterans Affairs hospital in West Haven, Conn., Friday, Nov. 13, 2020. (Arnold Gold/Hearst Connecticut Media via AP)

Two people are dead and one is reported missing following a pipe explosion in Connecticut.

A deadly steam pipe explosion at a veteran’s health care facility in Connecticut has rattled the state.

The incident happened Friday at the West Haven Veteran Affairs Medical Center. Two workers, a contractor and a U.S. Navy vet, were replacing a leaky steam line in a maintenance building apart from the hospital.

According to reports, the unidentified pair had finished replacing the pipe when it started to refill with steam, suddenly bursting and killing both individuals.

“One of those employees was a Navy veteran,” Healthcare System Director Albert Montoya said. “As a veteran, he wanted to take care of fellow veterans. He wanted to give back to those men and women who fought so hard, and it’s moments like that that really tear at your heart and your soul.”

Fire officials, detectives from the Connecticut state police and other first responders immediately rushed to the scene. In addition to those killed, three other workers had allegedly sustained minor injuries.

Connecticut State Police said they’re leading an active and ongoing investigation to determine the cause of the blast. However, Sen. Richard Blumenthal (D-Conn.) has already made his own early assessment.

“Many of our VA facilities are aging and antiquated,” Sen. Blumenthal said. “This facility dates from the 1950s. It has the structure and bones of a 1950s building with a newer shell, but I can tell you, having visited here so many times, this tragedy is only the latest indication that this building is past its sell-by date.”

Moving forward, the VA hospital remains in full operation and was reportedly not damaged.

MORE NEWS: Million MAGA March To Kick Off In Washington D.C. On Saturday

One year later: Why Canada’s COVID-19 crisis is being called a ‘senicide’