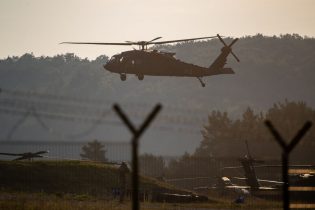 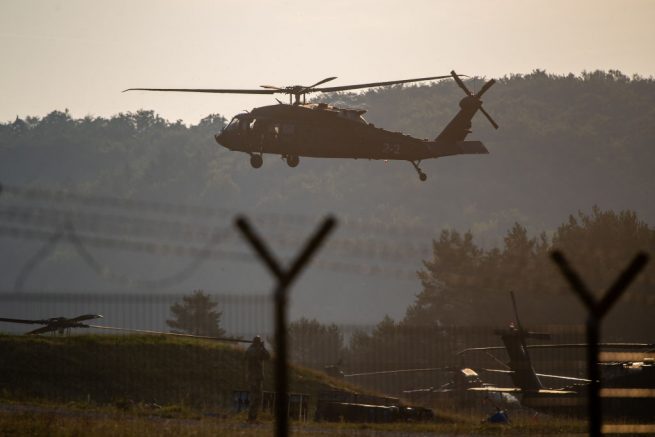 A Black Hawk UH-60 helicopter flys by while participating in the Saber Junction 20 military exercises at the Hohenfels training grounds on August 10, 2020 near Hohenfels, Germany. (Photo by Lennart Preiss/Getty Images)

Eight military members, including six American troops from a peacekeeping force, are dead after a helicopter crash in Egypt.

According to reports, the Black Hawk helicopter was on a supplying mission when it went down in the southern Sinai Peninsula Thursday morning. One American survived the crash.

The IDF sends its condolences to the families of the Multinational Force & Observers (MFO) personnel from @USNationalGuard, @armeedeterre & @ArmadaCR who died in a helicopter crash today.

This event is a tragedy for the MFO, who work to promote stability between Israel & Egypt.

Officials from the group, the Multinational Force and Observers, said the crash was caused by technical issues and there was no evidence of malicious activity. An investigation is underway.