Ga. to complete election audit by next week amid fraud claims 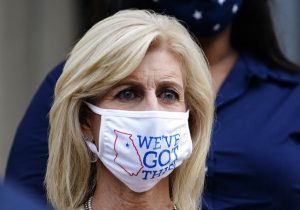 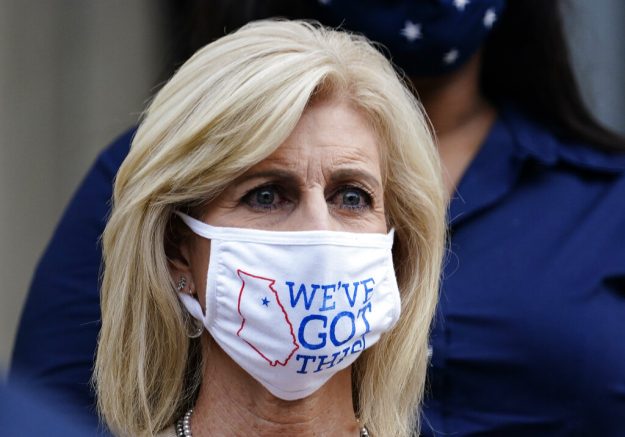 Fran Leathers, Director and Chair Oconee County Board of Elections wears a “We’ve Got This” mask as the Georgia Secretary of State Brad Raffensperger speaks during a news conference on Wednesday, Nov. 11, 2020, in Atlanta. Georgia election officials have announced an audit of presidential election results that will trigger a full hand recount. (AP Photo/Brynn Anderson)

Election officials in Georgia stated the hand recount process will be completed by next week.

In a news conference on Thursday, officials said they received numerous reports of voting irregularities that may have swayed the election. They stressed Joe Biden is currently leading President Trump by only 14,000 votes and stated that instances of fraud are possible.

“Let me be perfectly clear on this,” Voting System Implementation Manager Gabriel Sterling said. “If it was 14,000 votes the other way, we would be doing the exact same thing.”

The recount in Georgia is widely expected to give President Trump 16 electoral votes as well as expose a rampant Democrat effort to manipulate the vote.

“We want to make sure this is a fair and transparent election,” Rep. Vernon Jones (D-Ga.) said. “More importantly, this is not just for Republicans but for Democrats as well.”

There needs to be an immediate audit of every ballot cast in this past week’s election.

If there’s no fraud, what is there to hide?

Rep. Jones added that the recount of 5 million ballots will happen at the local level by hand.