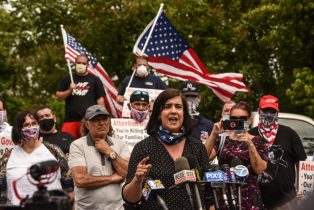 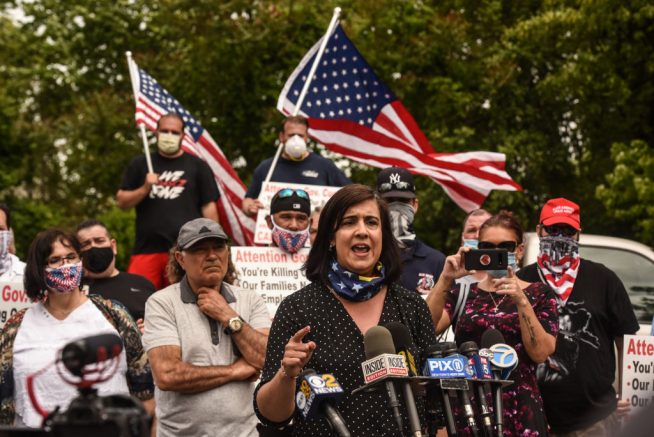 Her Democrat opponent, Incumbent Congressman Max Rose, conceded on Thursday and said it’s clear his campaign will fall short. He added he’s called Malliotakis to congratulate her on her win.

I received a gracious phone call from Rep. Max Rose today conceding the election. I want to thank him for his service to our nation in both the military and in Congress. We agreed to work together on a seamless transition to best serve our constituents.

The district represents Staten Island and part of Brooklyn. Before Rose (D-N.Y.) took office in 2018, it was the only Republican district in New York City for years.

Reports said while Rose tried to paint himself as a moderate who didn’t agree with the Democrat party’s progressive wing, the national ‘Defund the Police’ movement still played a major role for the law enforcement-heavy community.

As we continue to count every ballot and are on track to dramatically narrow the gap by tens of thousands of votes to a 4-5% margin, it is now clear that we will fall short of 50.1%. I have called to congratulate @NMalliotakis on her win and concede the #NY11 race.

“This race was about the brave men and women of the NYPD and all law enforcement,” Rep. Malliotakis (R-N.Y.) stated.

Malliotakis will be the latest Republican to flip yet another seat in the House of Representatives. She ran on her history of being a state assemblywoman and focused on family values and crime rates along with public safety.

MORE NEWS: Ga. To Complete Election Audit By Next Week Amid Fraud Claims

President Trump: We will have health care, which is far better than Obamacare

Md. opens vaccines for everyone over 16-years-old

At least 6 dead as tornadoes devastate Ala., Ga.