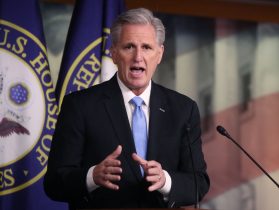 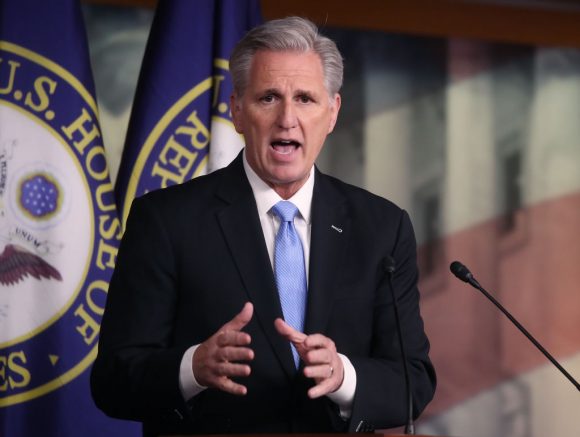 House Minority Leader Kevin McCarthy (R-Calif.) is celebrating the number of GOP victories in the 2020 election.

In a press briefing Thursday, McCarthy called the Republican success a “mandate against socialism.”

According to election tallies so far, Republicans gained six seats in the lower chamber, contrary to what polls predicted. The GOP leader noted this is the most diverse class the party has ever had and this is the ‘year of the Republican woman.’

No one more committed and qualified than @GOPChairwoman. Thanks to her leadership our party has never been more united. Working together I know we’ll take back the House in ’22!

“We will have 29 House Republican women join our ranks, surpassing the previous record,” McCarthy noted. “Every Democratic incumbent who lost either lost to a woman, minority, or veteran Republican.”

He added Democrats wasted their majority in the last Congress.