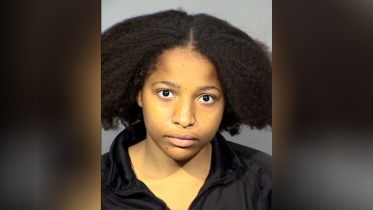 A Nevada mother is in custody after allegedly murdering her two young daughters with the intention of selling their organs for money.

This week, 26-year-old Amanda Sharp-Jefferson is making multiple court appearances related to the case for her arraignment and bail hearing.

Last Friday, she was arrested in Las Vegas after her 1-year-old daughter Rose and 2-month-old daughter Lily were found unresponsive stacked on top of each other in a bassinet.

The children’s father,Jaykwon Singleton, called authorities after he arrived at the apartment to find both of his daughters dead.

“She was super calm, cool, and collected about it. literally putting her clothes on and nothing. talking about can we sell their organs (bump) that day when i seen them i died. i still feel dead. i feel blank. i’m numb.”

According to both the children’s father and the police report, authorities overheard Sharp-Jefferson inquiring about the value of human body parts. This is something she said she saw in a movie.

Singleton said he believes the mother drowned their children and was struggling with her grasp on reality and the “spirit world.”

When police arrived at the scene, she insisted she did not have any children and said she believed someone brought the young girls into her home to “set her up” for their murders.

Sharp-Jefferson is facing two charges of open murder and the children’s official cause of death has yet to be disclosed. Her bail hearing was continued to Thursday and a status check will take place next week.

U.S. investigators recover a portion of the Colonial Pipeline ransom