Supporters of President Trump preparing to rally together in D.C. this weekend 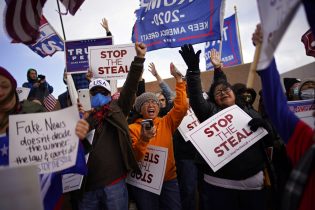 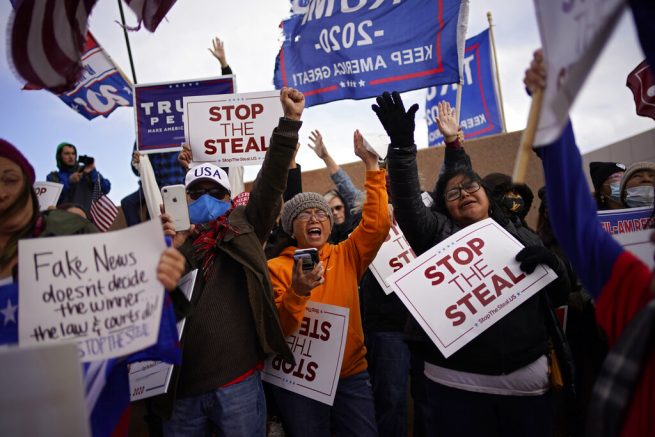 Supporters of President Trump are meeting in the nation’s capitol this weekend as the Trump campaign continues to wage a legal battle over claims of alleged voter fraud in the 2020 elections.

Earlier this week, several conservative groups announced the planned demonstrations, which will take place in Washington, D.C. this coming Saturday.

The first event, dubbed the ‘Million MAGA March,’ will bring together the thousands of supporters of President Trump in a massive show of force for the Republican Party.

Millions of Trump Supporters will be marching from the Supreme Court in Washington D.C. to the White House on Saturday November 14 #MillionMAGAMarch

Follow this account for updates & Info with regard to the upcoming MAGA march in Washington D.C. pic.twitter.com/btYBuS9ASi

The second rally is called ‘Stop the Steal’ and aims at exposing and denouncing voter fraud allegations in Democrat-controlled states. This follows as other similar ‘Stop the Steal’ rallies that have taken place around the country over the last week.

In Michigan, one supporter of the President urged the Commander-in-Chief to continue his lawsuits that are fighting for the integrity of the nation’s election.

“All of the legal ballots have not been counted, there’s been multiple cases of voter fraud happening throughout the entire state of Michigan,” said supporter Michelle Gregoire. “And I encourage President Trump to continue his lawsuits and, you know, fight to stop the stealing of this election.”

In advertisements shared on social media, the President’s supporters are urging Americans to stand against the corrupt left who are attempting to steal the election.

“We continue to follow those activities and be prepared for those activities,” she stated. “Our police chief will have a similar posture this weekend as he did last week and we will be there to support peaceful exercise of First Amendment demonstrations.”

Both rallies will kick-off around noon and start at Freedom Plaza with GOP supporters eager to have their voices heard for the President.