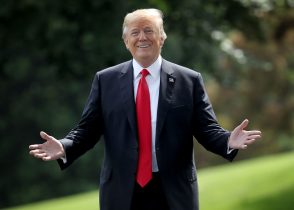 The majority of Americans said they approve of the President’s job performance in office.

According to a Rasmussen poll on Wednesday, President Trump has a 53 percent approval rating among U.S. voters. Of that number, 43 percent said they strongly approve of his job performance so far.

“In a time of deceit telling the truth is a revolutionary act.”

The President has received praise in recent weeks for his work towards restoring peace in the Middle East and lifting America’s economy during the pandemic.

He has also been hailed for his strong stance against violence and looting amid nationwide unrest.