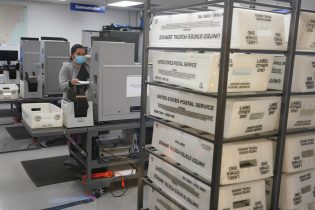 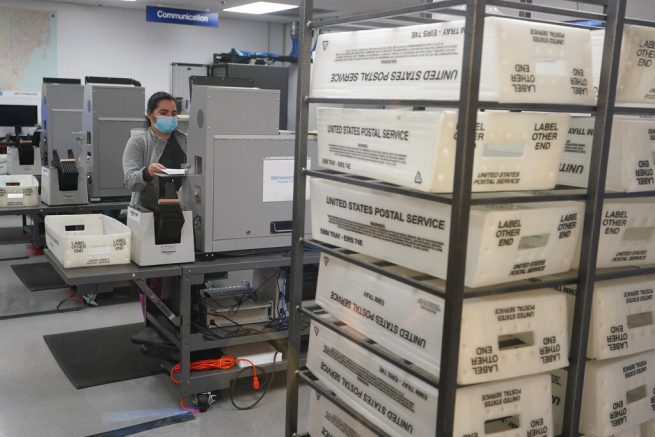 In this Nov. 3, 2020, photo, a worker scans and tabulate ballots at the Miami-Dade County Elections Department in Doral, Fla. (AP Photo/Wilfredo Lee)

A Florida attorney is backing President Trump’s lawsuits by challenging the suspected voter fraud committed by Democrats in the election.

On Monday, Amanda Makki said the President performed “extremely well” at the polls. She added, possible election irregularities must be investigated and reviewed by the courts in order to ensure election integrity.

“And the laws allow you to bring your claims before a court,” she stated. “And I believe that will happen.”

“If we are nothing, we are a country of laws. Allow for the President to do what is well within his rights. We waited 37 days in ‘00. Why are we so impatient after 5 days?” Listen to my interview with @SkyNews from this morning. #Election2020 https://t.co/75auM9ocp9

The Florida attorney also noted she believes only President Trump is able to reunite America.

“President Trump excelled with women…excelled with populations, in particular, in the state of Florida and South Florida with people who came from other countries like Nicaragua, like Venezuela, like Cuba,” Makki stated. “…And did not stand with Joe Biden and his message of perpetuating things that they saw in their own country that that scared them.”

The attorney added, this election is likely to be decided after extended litigation and could potentially end up going to the Supreme Court.

No meat in school cafes is latest example of growing eco fascism in France, as politicians develop a taste for crazy restrictions