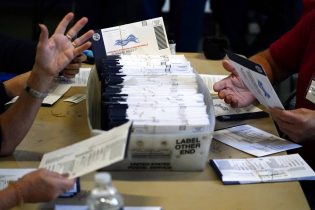 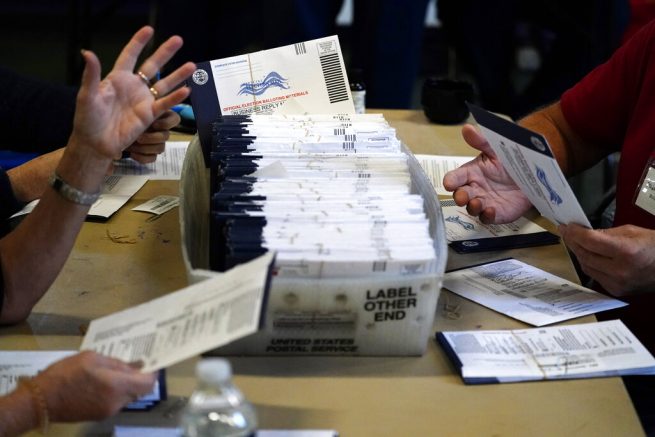 Several top state attorneys are backing President Trump’s legal action that challenges the results of Pennsylvania’s vote count. On Monday, attorneys general from 10 states filed a petition to the U.S. Supreme Court urging justices to take up the case.

“As such, we believe that the voting system be free of outside undue influence and that irregularities in the process should be completely vetted, so that the American people can have faith in their system of electing officials,” stated Louisiana Attorney General Jeff Landry.

Attorney General Jeff Landry joined nine states in submitting an amicus brief to the U.S. Supreme Court continuing his commitment to protect the rule and preserve our #electionintegrity. #lagov #lalege

The petitioners argue the Pennsylvania Supreme Court violated separation of powers and increased the risk of voter fraud. This occurred when the court ruled in favor of accepting mail-in ballots three days after the election if they were postmarked November 3.

The attorneys general claim the Constitution gives the state legislature the power to choose the time, place and manner of elections.

Additionally, they argue the Pennsylvania high court’s decision opened the door for “nefarious actors” to sway the election if they saw the race was close. The petitioners back this up by citing cases that involve voter fraud perpetuated by mail-in ballots.

“And so, to ignore the fact that you’re potentially diluting the votes of people who responsibly, thoughtfully and faithfully ensured that their votes were either cast in-person or cast by mail-in…a fashion that ensured the ballot was going to be received by Election Day,” said Oklahoma Attorney General Mike Hunter.

The Pennsylvania Supreme Court acted in a legislative capacity when it changed the election rules, and doing so robbed the state of its own election laws and caused confusion among voters.

I encourage the U.S. Supreme Court to review this case without delay.

The attorneys general ask that the high court reverse the decision from the Pennsylvania court. They claim it could affect how branches of government in each state will view their authority and could invalidate their residents’ votes.

Meanwhile, Supreme Court Justice Samuel Alito ordered Pennsylvania vote counters to separate late votes from those received by Election Day in case the high court rules that these ballots are not counted in the election.