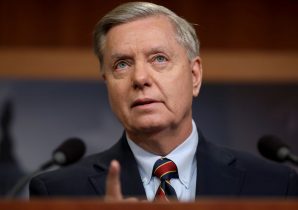 The South Carolina senator issued a statement Saturday and said he received an affidavit from a Pennsylvania USPS worker corroborating claims of illegal vote-counting in the state.

‘senator graham’ says… he will be tapping the ‘department of justice’ to assist in investigating the claim… which he believes to be authentic.