Trump campaign won’t rest until US has honest vote count 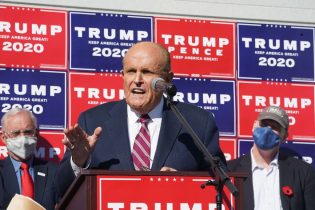 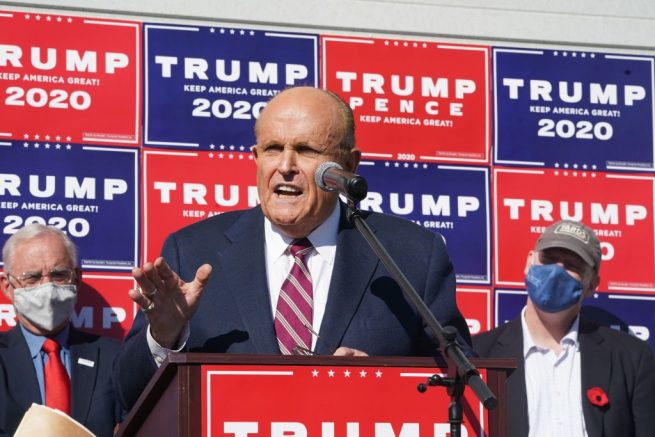 Attorney for the President, Rudy Giuliani, speaks at a news conference in the parking lot of a landscaping company on November 7, 2020 in Philadelphia. (Photo by Bryan R. Smith / AFP) (Photo by BRYAN R. SMITH/AFP via Getty Images)

President Trump claims Joe Biden is rushing to claim victory in the election and the media is helping him.

In a statement Saturday, the President said Biden hasn’t been certified as the winner of any states, let alone the contested ones or ones with legal challenges. He said legal votes decide who is President, not the news media.

BREAKING: Statement from the Trump campaign:

“Joe Biden has not been certified as the winner of any states.”

“Beginning Monday, our campaign will start prosecuting our case in court to ensure election laws are fully upheld and the rightful winner is seated.” pic.twitter.com/BQa5L8Epo5

On Monday, the Trump campaign will start prosecuting its case in court to ensure the rightful winner is seated. President Trump said he won’t rest until the American people have the honest count they deserve and that democracy demands.

Americans are giving us so much evidence of election misconduct, it’s a full time job to follow up.

Some really powerful cases will come down very soon.

The President’s personal attorney Rudy Giuliani spoke to reporters on Saturday and announced the Trump campaign has overpowering evidence for widespread voter fraud in the state. Giuliani added their investigators spoke with over 50 poll watchers who were denied entrance into Philadelphia polling stations and are reportedly willing to testify on the issue.

Of the few Republican pollsters who did make it through, Giuliani said most witnessed what they called “widespread fraud.” The former New York City mayor blamed Democrat leadership.