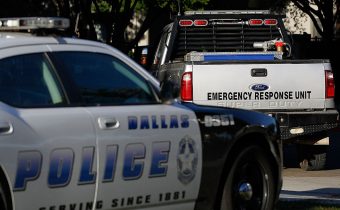 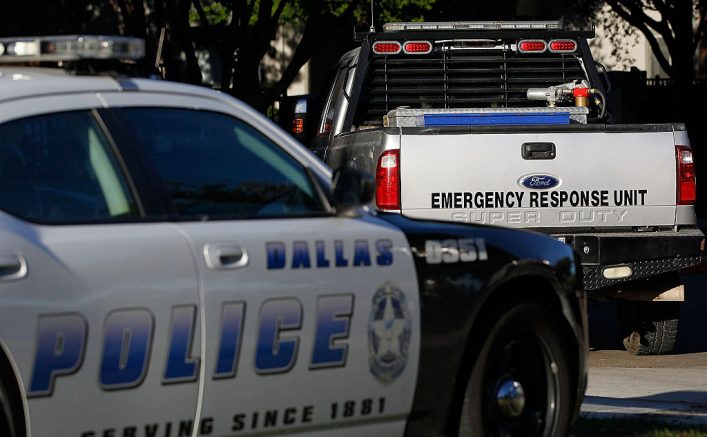 A Dallas police car and an emergency response vehicle sit in a parking lot. (Photo by Mike Stone/Getty Images)

An investigation is underway following a shootout at a Dallas, Texas community college that killed a suspect while also wounding an on-campus officer.

On Thursday, officers with the Dallas College Police Department approached a suspicious vehicle on campus when they discovered the occupant had an outstanding warrant.

Reports say officers tried to arrest the suspect when he pulled out a handgun which resulted in a shootout. Officials said an investigation is underway to determine the details on the exchanged gunfire.

Manhunt underway for suspect in Dallas shooting that left 1 dead