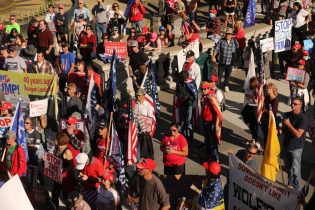 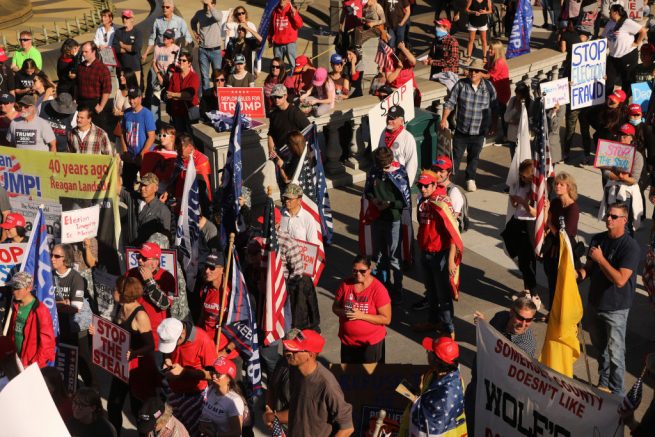 Hundreds of President Trump supporters gather in the state capital of Pennsylvania after the projected outcome of the election on November 07, 2020 in Harrisburg, Pennsylvania. (Photo by Spencer Platt/Getty Images)

President Trump supporters are taking to the streets of Georgia, Pennsylvania and Michigan in protest over the election.

Citizens of those battleground states have flooded the streets, holding Trump-Pence signs and rooting for “four more years.” Demonstrators were also seen reciting the pledge of allegiance and singing patriotic songs. They said the mainstream media has called the election too early.

Over 70 million Americans are doing the same. https://t.co/EnBeCyki6Q

“So, my reaction personally is I think it’s a little premature,” Trump supporter and Georgia resident James Wilson stated. “It just sounds like there’s going to be multiple states with recounts and an awful lot of litigation. So, I’m just hopeful that everybody stays calm and the country waits to see how that transpires.”

Many are drawing comparisons between this election to the Gore v Bush election where lawsuits went on for six weeks.

Hey, everyone, let me remind you: the media called the 2000 election for Al Gore too.

You do remember President Gore, don’t you?