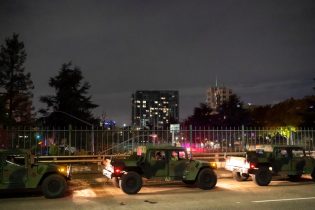 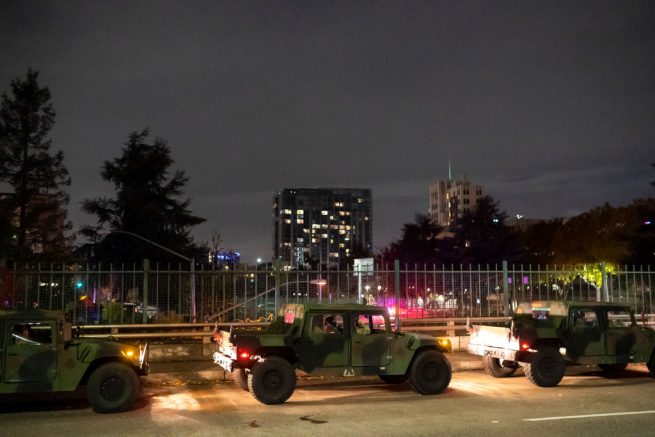 On Friday, the Portland Police Bureau launched an investigation after protesters allegedly attacked the home of a city commissioner and set fire to the Portland City Hall.

This came after officials rejected a bid to slash millions of dollars from its police budget.

Last night a group of people vandalized Commissioner Ryan’s home following a tense city council hearing on the city’s budget. I want to be clear: we can disagree and be upset over these issues, but I do not condone what took place at the Commissioner’s home last night and… 1/2

Demonstrators reportedly broke a window, threw burning flares and paint-filled balloons at the home of Portland City Commissioner Dan Ryan, who voted against defunding the police.

A mob of antifa have descended on the home of Portland city council member Dan Ryan for voting against @JoAnnPDX’s amendment to defund police. They’re attacking his home now (turn on audio). #PortlandRiots pic.twitter.com/YJoJhX3XIS

As for the city hall, officials have stated they believe a burning object was thrown at the door. Fortunately, on-site security was able to put out the flames before it grew out of control.

Law enforcement have arrived after antifa tried mobbing the home of Portland city council member @Commissionerry1 after he was the swing vote against a proposal to defund police. They have showed up to his home before to intimidate him on the vote. pic.twitter.com/gQxoV8j88e

The sheriff’s office has called the incidents “alarming” and said they put the entire neighborhood at risk.