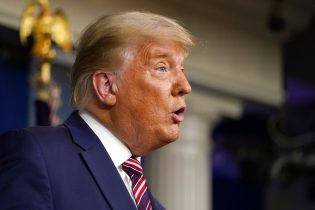 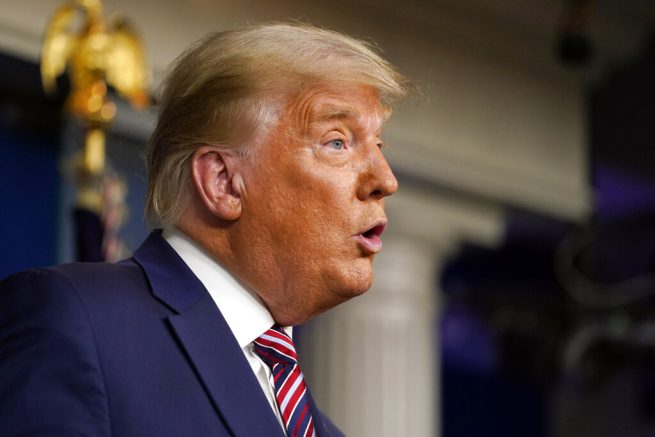 President Trump recently pushed back against the far-left while accusing Democrat election officials of rigging the 2020 presidential race.

During a White House press briefing Thursday evening, the President first highlighted his recent victories in battleground states despite interference from the mainstream media.

President Trump then slammed Democrat pollsters for “getting it wrong” and attempting to suppress the GOP vote.

“We had polls that were so ridiculous and everybody knew it at the time, there was no blue wave that they predicted,” he noted. “That was done for suppression reasons, but instead there was a big red wave and its been properly acknowledged actually by the media…they were, I think, very impressed.”

The President then doubled-down on his claims on potential mail-in voter fraud by stating Democrats destroyed the integrity of the election process. He also pledged that his administration will defend the presidential election from corruption and fraud, while noting this was unprecedented in American history.

“Our goal is to defend the integrity of the election, we’ll not allow the corruption to steal such an important election or any election for that matter,” he stated. “And we can’t allow silence…anybody to silence our voters and manufacture results.”

President Trump then challenged his opponent and other Democrat officials to uphold the integrity of the election process, while suggesting the Supreme Court may ultimately decide the presidency.

“We want openness and transparency: no secret count rooms, no mystery ballots, no illegal votes being cast after Election Day,” he explained. “…We want an honest election, we want an honest count and we want honest people working back there because its a very important job, so that’s the way this country is going to win.”

Elon Musk: Tesla self-driving is safer for all