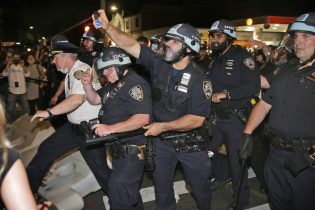 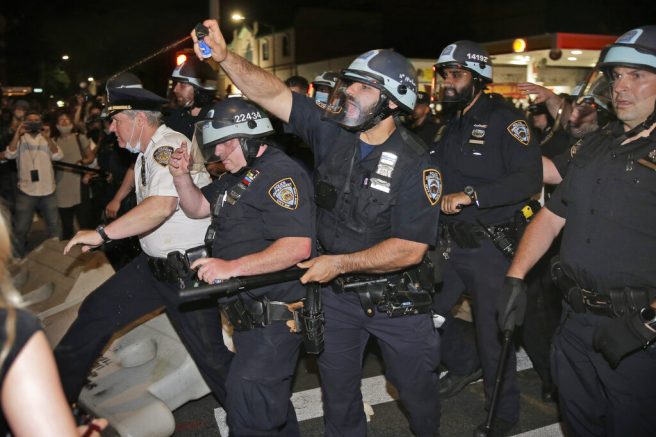 FILE – In this May 30, 2020, file photo, police scuffle with protesters in the Brooklyn borough of New York. Two civil rights organizations are suing the New York Police Department on behalf of protesters who say they were roughed up by officers because they expressed anti-police views during nightly demonstrations in the spring in the wake of George Floyd’s killing. (AP Photo/Seth Wenig, File)

Americans in cities across the country are passing police reform measures this election year. This week, several cities voted to create independent boards that would investigate police misconduct and use of deadly force.

The California jurisdictions of San Francisco, Oakland and Sonoma County approved the creation of oversight committees for their law enforcement departments.

Meanwhile, the mayor of Columbus, Andrew Ginther, said voter turnout was huge for police reform and they expect to implement changes in the coming months.

“This issue in particular, the community has spoken loud and clear this is the first time the people of Columbus have been able to vote on police reform,” he stated. “They did so overwhelmingly.”

Activists have continued to push for a so-called demilitarization of the police by taking away funding for heavy weaponry and some are calling for additional resources for people to call during non-violent emergencies.

More announcements are expected to come as states continue to tally votes.