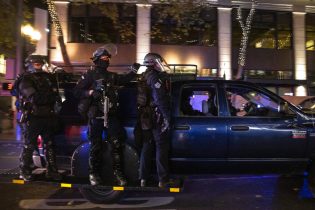 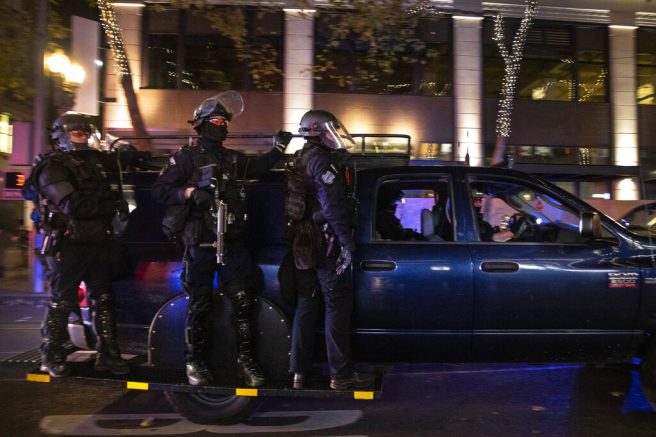 As the number of protests rose nationwide, so did the number of weapons confiscated by authorities. On Wednesday, police seized a taser and two knives as well as M-80 firecrackers during protests in lower Manhattan, N.Y.

In a unified message from Oregon State Police, Portland Police Department and the Multnomah County Sheriff’s Office the authorities said they support and protect the right to engage in free speech events, but have to draw the line at violence.

While we wait for election results, Oregonians have the right to free expression and peaceful assembly. But political violence, intimidation and property destruction will not be tolerated. Let’s work together to keep our fellow Oregonians safe. https://t.co/WN7ky4c1SZ

“We witnessed widespread violent behavior, such as destruction of property, smashing of ATMs and shattering of windows to many businesses as well as intimidating behavior,” stated Portland Police Bureau Chief Chuck Lovell. “This prompted an unlawful assembly and later a riot declaration as their criminal behavior escalated.”

In the meantime in Denver, officers arrested four people for weapons, reportedly including a handgun, knife, hammer and bear spray.