Tense confrontations break out in Mich. amid calls for recount 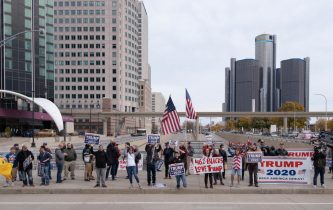 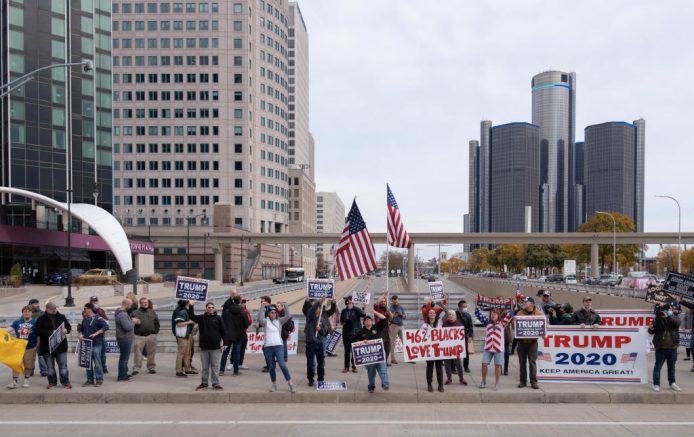 Supporters of US President Donald Trump demonstrates outside the TCF Center in downtown Detroit, Michigan on November 5, 2020. (Photo by SETH HERALD/AFP via Getty Images)

Tensions have risen amid ongoing ballot counts in Detroit, Mich. On Thursday, left wing protestors argued with the supporters of President Trump amid calls for a transparent recount of absentee and mail-in ballots.

“They are terrorists, this is terrorism,” demonstrator Angelo Austin stated of the Trump supporters. “These are terrorist acts!” 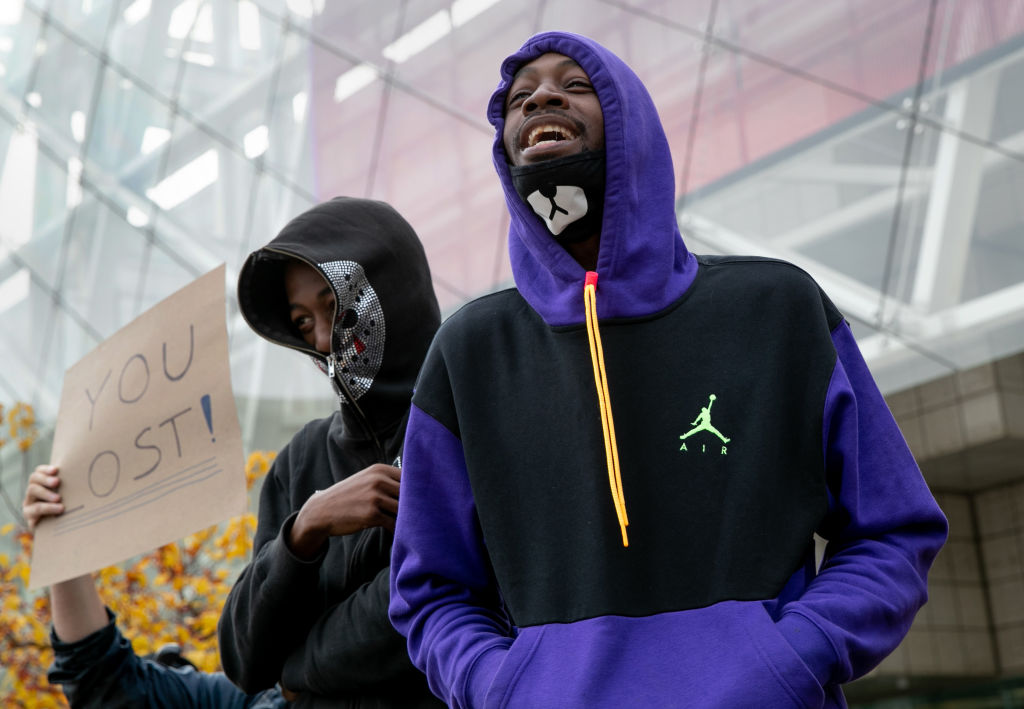 Michigan citizens have demanded a full review of mail-in ballots to see where they came from.

“I mean, I’m not going to violently burn the city down, but I’m going to continue to fight for election integrity,” said Detroit, Mich. resident and bus driver Michelle Gregoire. “If they’re in there committing fraud, that’s the problem… John James one, Donald Trump won. He won Michigan at least, and they’re in there cheating. And that’s wrong.”

Wow! It looks like Michigan has now found the ballots necessary to keep a wonderful young man, John James, out of the U.S. Senate. What a terrible thing is happening!

President Trump’s re-election team is mounting legal challenges to the suspected fraud. Analysts have claimed the election will likely be decided in courts.