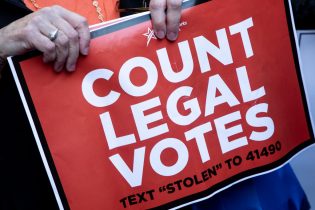 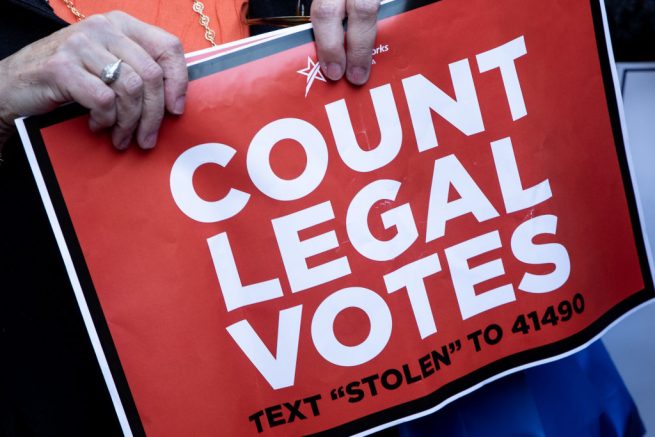 A supporter of U.S. president Donald Trump holds a sign during a protest outside the Philadelphia Convention center as votes continue to be counted following the 2020 U.S. presidential election on November 5, 2020 in Philadelphia, Pennsylvania. With no winner yet declared in the general election, attention is focused on the outcome of a few remaining swing states. (Photo by Chris McGrath/Getty Images)

Many voters in the state of Pennsylvania have grown impatient with the uncertainty of this year’s election.

On Wednesday, reporters got the brunt of that frustration when they asked Philadelphia, Penn. residents what they thought of the pending results.

“I mean, I think it’s kind of crazy,” Philadelphia resident Derick Skipper said. “They said that it would come down to this, but I don’t think anyone really believed that we’d be sitting here still trying to figure out who the next President is going to be.”

Many voiced concerns over the possibility of final election results being delayed further due to possible recounts and pending court cases, but others said they were looking on the bright side.

“In America, we have all kinds of differences and we bring those differences to the polls, and we vote,” stated Philadelphia resident Maurice Goodman. “The good news is that we voted…The unfortunate news it’s going to take a while for us to find out who won.”

Goodman added that she is not worried about waiting on the results and that she thinks the country is going to get through this as we’ve been through a lot worse.

Meanwhile, ballots are still being counted in the keystone state with the tally so far showing President Trump in the lead.