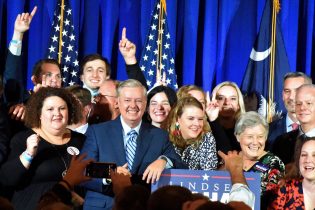 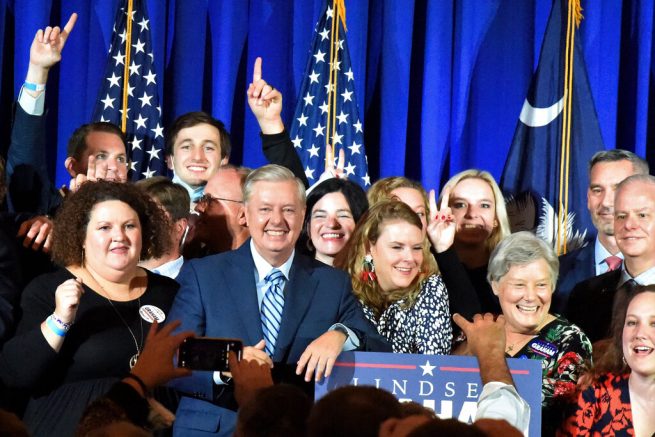 McConnell took to the stage in Louisville, Kentucky after clinching a seventh term.

“Kentucky, I’m humbled and grateful that you’ve rehired me to keep fighting for your families and serving our commonwealth for the next six years,” he stated.

While speaking to his incumbents, he stressed the importance of nationwide unity.

“Our nation has real challenges and real adversaries, but our fellow citizens are not our enemies,” McConnell continued. “There is no challenge that we cannot overcome together.”

“To all the pollsters: you have no idea what you’re doing,” he stated. “To all the Democrats in California, New York: you wasted a lot of money..this is the worst investment in American politics.”

This came after his opponent broke fundraising records after Democrat donors pumped $57 million into the race in hopes of flipping the seat. 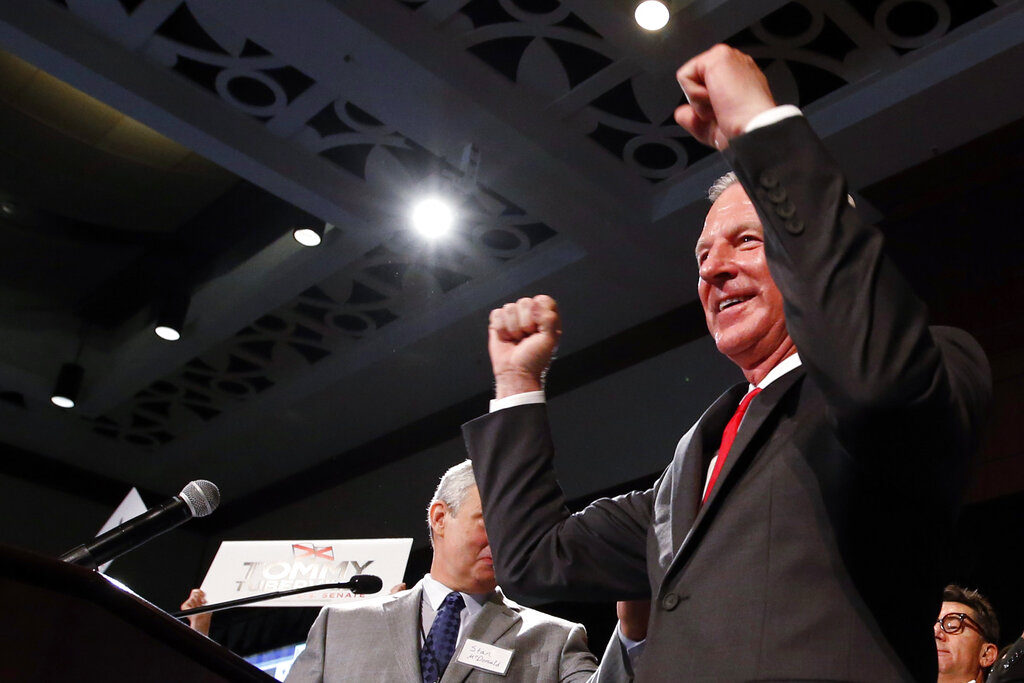 Republican Tommy Tuberville celebrates as he walks to the stage to speak to supporters after his win in the race for U.S. Senate, at his watch party Tuesday, Nov. 3, 2020, in Montgomery, Ala. (AP Photo/Butch Dill)

Republican nominee Tommy Tuberville won by a landslide in Alabama against Democrat Sen. Doug Jones. That Senate race became one to watch after President Trump endorsed the political newcomer.

The latest victories are integral for the GOP to maintain its majority in the upper chamber.