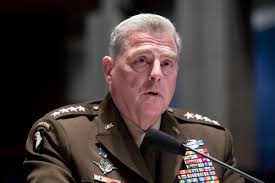 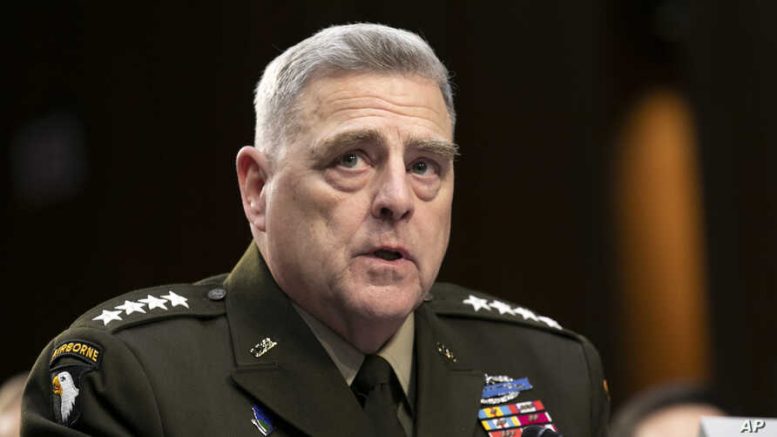 The nation’s top military official promised there would be no military role in the presidential election. Chairman of the Joint Chiefs of Staff Gen. Mark Milley reportedly made the comments during a meeting over the weekend with top Pentagon officials and journalists.

Gen. Milley said he wanted to dispel any ideas troops would be deployed to resolve an electoral dispute. The Joint Chiefs chairman and other officials have repeatedly stressed that the military will remain apolitical, but that they would support law enforcement if asked. 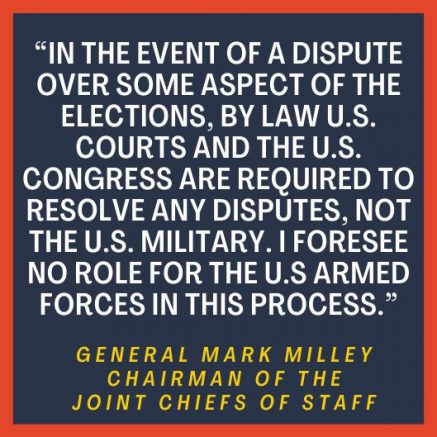 One official at the meeting urged reporters not to be alarmed by uniformed National Guardsmen as they have been requested by governors.