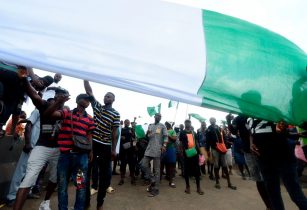 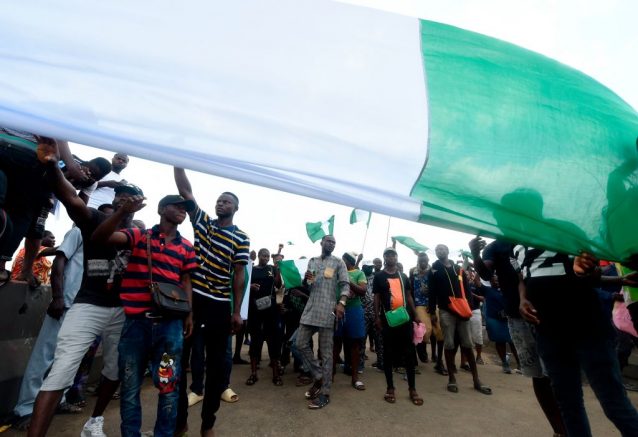 Protesters march while holding the Nigerian national flag as they barricade the Lagos-Ibadan expressway. (Photo by PIUS UTOMI EKPEI/AFP via Getty Images)

President Trump has received support for re-election all the way in Nigeria.

In a recent march in Eastern Nigeria, hundreds of people gathered in support of the President as they waved American flags and Trump signs.

One rally-goer said the President shows good leadership qualities, which sets an example for others around the world.

“Trump’s message to Africa, to Nigeria, is: stop killing Christians,” stated Lagos resident Kingsley Nwololo. “No other president talked, only him that gives the message. So it gives Christians hope here.”

This came as a Pew Research Center poll released in January showed 58 percent of Nigerians had confidence in President Trump.

State Dept. officials told not to investigate Wuhan lab leak theory even as evidence piled up early on