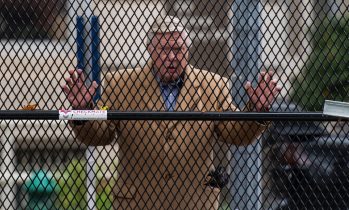 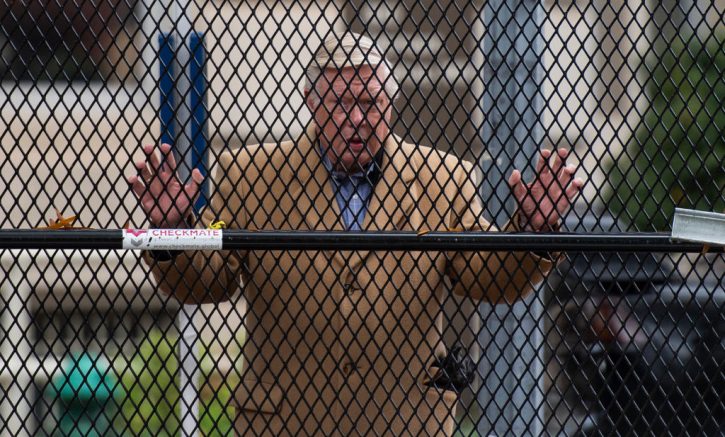 A man looks through fencing installed around Lafayette Square near the White House, 3 days before the 2020 Presidential election, as business prepare for any protests. (Photo by ANDREW CABALLERO-REYNOLDS/AFP via Getty Images)

The White House has been preparing for potential unrest ahead of Election Day. Senior officials told reporters that crews worked to secure the complex over concerns of election-related violence and unrest by building a non-scalable fence around the property.

The fence surrounds the Ellipse and Lafayette Square.

On Election Day, a new security fence has been installed to create an expanded perimeter around the White House pic.twitter.com/n4LC6L7zx3

The move is similar to when the administration set up a barricade fence in the same area back in June, when ‘Black Lives Matter’ protesters set fire to Saint John’s church across the street.

Meanwhile, 250 national guardsmen have been put on stand-by and will report to the DC Metropolitan Police.

MORE NEWS: President Trump: Get Out And Vote!