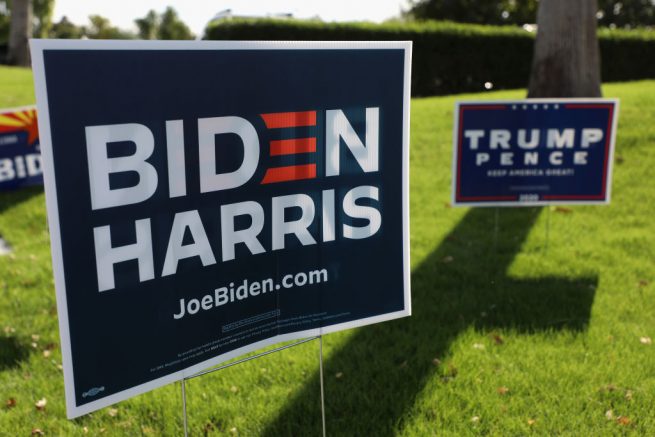 Democrat presidential nominee Joe Biden has claimed he will help America “lead by example” on the world stage, but his ideas for a new administration focus more on breaking down current progress rather than building up a better future.

Biden’s campaign platform has alleged that the President’s policies have “undermined our Democratic alliances and weakened our ability to mobilize others.”

However, a look at President Trump’s policies and his actions shows that our alliances have only gotten stronger under his leadership.

To represent one of America’s oldest allies, President Trump invited Brexit party leader Nigel Farage to join him on the campaign trail.

“Four years of the Russia hoax, four years of a false impeachment,” Farage said. “Most human beings under that barrage would have given up. This is the single most resilient and bravest man I have ever met in my life!”

The President has also taken great strides to build on the U.S.’s strongest Middle Eastern alliance by helping Israel usher in a new era of peace in the region.

A considerable portion of Biden’s campaign platform has centered around his severe condemnation of corruption and lead him to promise an ironic administrative policy.

Biden has claimed he will “institute strict conflict-of-interest and anti-corruption policies for every member of the Biden administration so there will be no more self-dealing.”

He went on to outline his plan for holding a global seminar, which he called the Summit for Democracy, that will specifically work to fight corruption.

This came as the FBI continued their investigation into Biden’s son Hunter regarding accusations of corruption and money laundering, which recently showed the involvement the former vice president had in Hunter’s overseas business ventures.

Biden has also claimed that other countries no longer trust the United States which hinders our ability to influence trade and security policy.

On the other hand, the President has consistently wielded America’s authority, most notably in the fight against Chinese expansion, where he has convinced several countries to get on board with sanctioning efforts against potentially dangerous technology.

Biden has promised to “put America back at the head of the table.” However, according to a recent You-Gov poll, only 22 percent of voters believe he is a strong leader and it appears Americans don’t believe he can.