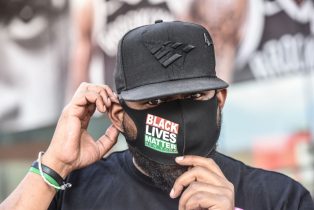 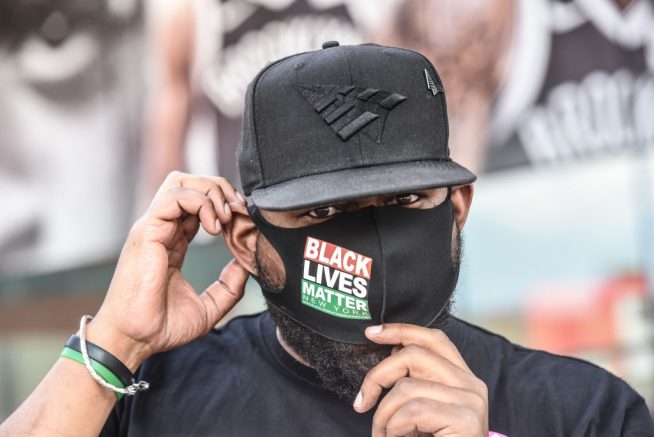 Hawk Newsome places a protective mask over his face before participating in a rally in front of the Barclays Center on May 15, 2020 in the Brooklyn borough in New York City. (Photo by Stephanie Keith/Getty Images)

NYPD arrested a top BLM official during a recent rally.

Authorities stated they apprehended Hawk Newsome, the co-founder of the Greater New York chapter of BLM, at a rally in Chelsea, N.Y. on Sunday.

The Founder of Black Lives Matter, Hawk Newsome, is seen arrested in this video with his hands up during a counter protest action in Chelsea, New York City today. pic.twitter.com/h6CR77mJlA

The rally was marked by elevated tensions and minor scuffles between demonstrators and the police. Reports have claimed Newsome and the Greater New York BLM were preparing for a bloodbath of political violence in case of President Trump’s re-election.

New York police noted they are working to prevent and minimize any potential violence.

NYC, Denver public libraries will continue to lend out all Dr. Seuss titles