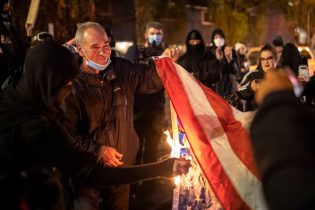 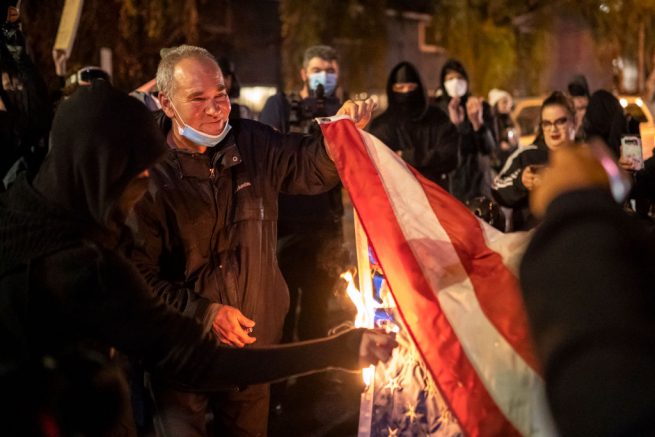 On Friday, an alleged group of Antifa members reportedly attacked an SUV during a protest in Vancouver, Wash. A truck full of rioters rammed into the vehicle as a crowd surrounded it and threw rocks as well as yelled at the driver.

Messed up the last post, this is another angle of the truck being smashed up #Vancouver pic.twitter.com/7kJVzNChbL

The driver pepper-sprayed the crowd before escaping and fired shots out of his window as a warning.

In a separate incident on Friday, Antifa demonstrators stole an American flag from a pickup truck and set fire to the flag in the streets.

“Death to your f—ng empire” shouts a man burning the US flag at the BLM-antifa violent protest in Vancouver, Wash. pic.twitter.com/fN94XQI5Gf

Breaking down what is being lost in Afghanistan