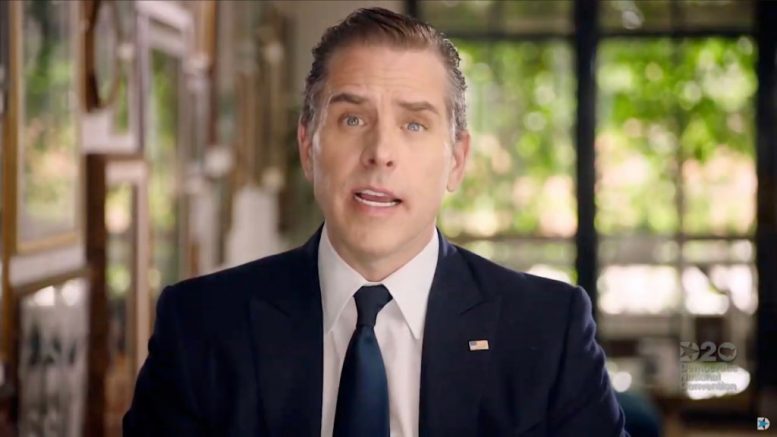 Tony Bobulinski provided a May 2017 email from Joe Biden’s brother James that was sent to himself, Hunter and others. In the email, Jim made the suggestion to target high profile Democrat politicians as “key domestic contacts” for their U.S.-China joint venture.

Another email reportedly listed possible foreign contacts for the venture included leaders in Columbia, Argentina and Ireland as well as business leaders in India and Mexico.

This came amid reported texts from 2015 that detailed various schemes to bring in former federal officials. The texts stated that political influence was key to their business strategy.

Reports also claimed that once Hunter was brought into the fold, it finally led to productive meetings with high-profile names.

New texts have also suggested the Democrat presidential candidate met with James, Hunter and Bobulinksi in 2017 at the same time Hunter attempted to meet with the founder of a Chinese communist-linked energy company.

In an interview Wednesday, former NYPD Commissioner Bernard Kerik, who has been working with Rudy Giuliani on Hunter’s laptop, called the evidence against Hunter “overwhelming.”

He noted if an investigation isn’t ongoing, everyone at the FBI and Department of Justice should be fired. Kerik added if anyone doesn’t believe the emails, they should at least believe Bobulinski.

“If you really want to push the Russian disinformation issue, well then the Russians would have had to hypnotize Hunter,” Kerik noted. “And had him take his own hard drive into some store…and not pick it up.”

In an interview Thursday, lawmaker Ron Johnson (R-Wis.) said if Biden wins the presidency, he doesn’t see how a special counsel could be avoided. Johnson claimed it would be needed to get to the bottom of the former vice president’s son’s business dealings with Ukraine and China.

Otherwise, he warned the whole situation would be “tucked away” and evidence would be buried, meaning the public would never know what happened.

A recent poll cited around 75 percent of voters said they’ve heard at least a little about the Hunter Biden story. Four in 10 have claimed they think he did something wrong.

According to an additional report, Google searches for how to change one’s vote have spiked in recent days and have coincided with a search for more information on Hunter Biden.

Reports have also indicated that at least one Senate Committee is investigating if Hunter Biden violated federal laws by failing to register as a foreign agent while promoting the interests of foreign business partners in Washington D.C.