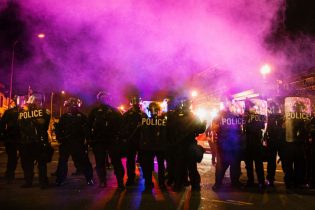 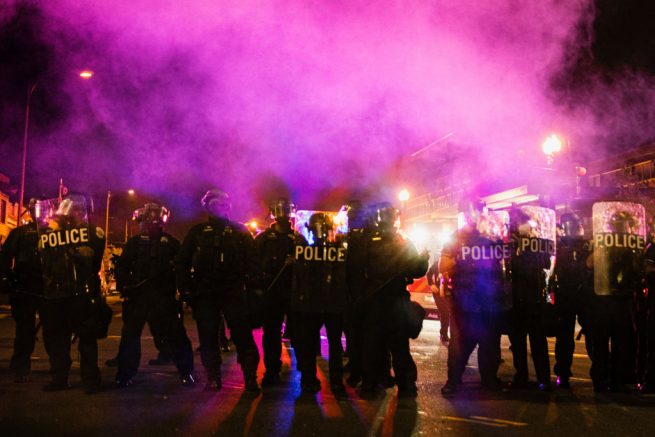 Police officers stand guard outside the 4th District Police Station during the second night of protest against the death of Karon Hylton. (Photo by Tasos Katopodis/Getty Images)

12 officers have been injured after the second consecutive night of violent demonstrations in front of a Washington D.C. police station.

Protests broke out on Wednesday night after a vigil for 20-year-old Karon Hylton Brown, who died while trying to evade the police. Demonstrators at the protest threw rocks, bricks and fireworks at officers. They have blamed police for the death of Hylton-Brown.

Authorities initially tried to stop the 20-year-old for not wearing a helmet while riding a moped-scooter, when he fled and collided with another vehicle. 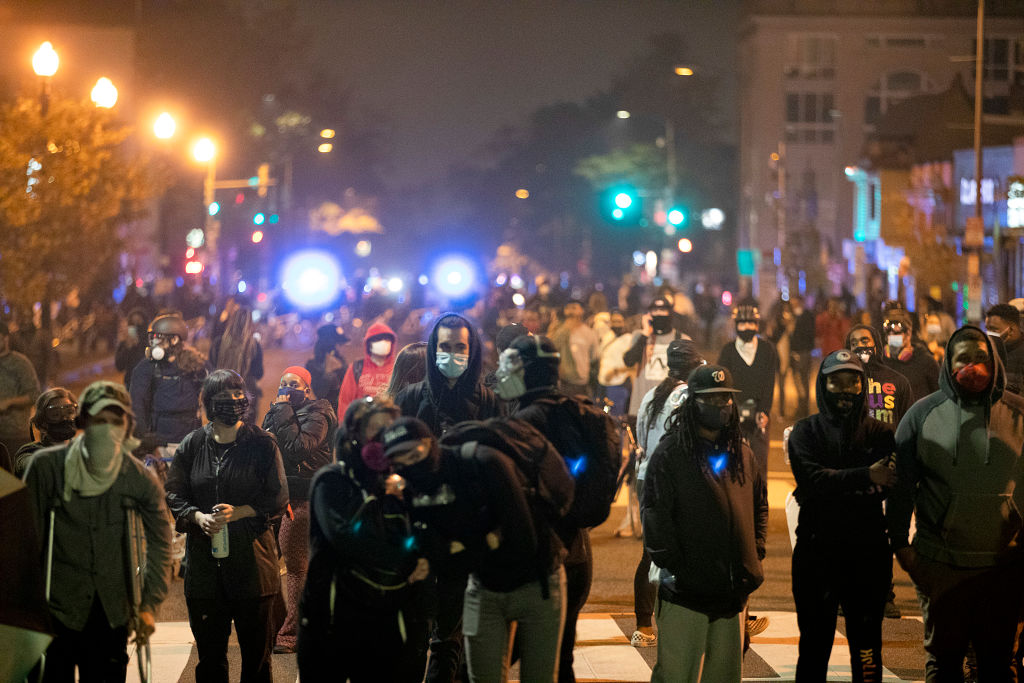 Protesters gather as police officers stand guard outside the 4th District Police Station during the second night of protest against the death of Karon Hylton. (Photo by Tasos Katopodis/Getty Images)

“They need to check their officers,” stated Charles Brown, Hylton-Brown’s father. “When they’re doing something that’s messed up out here, they ain’t gotta do it on the streets so we can see it, but when they get back to the precinct right here they need to tell them…. ‘hey look, that was messed up what you did out there.’”

“…Our police were following the moped that Karon was riding…we have very clear policies about no chasing. It should be obvious by now. Why? Because chasing can be dangerous…”
DC Mayor Muriel Bowser comments on police “chasing” #KaronHylton. @nbcwashington @msnbc @NBCNews. https://t.co/Gi3Ms4ctFw pic.twitter.com/s90BXBRyIO

Police have said there were several arrests made Wednesday night and the unrest quelled before midnight.

Sen. Manchin: Democrats turned their back on W.Va.