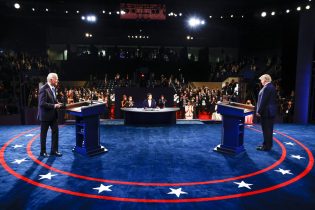 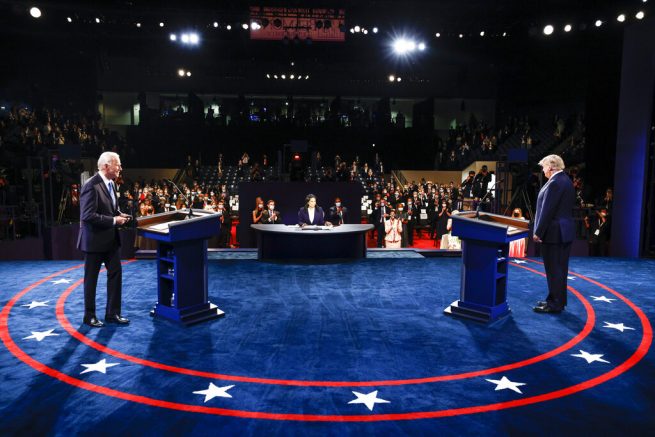 Following Thursday’s final presidential debate, President Trump shared multiple polls on Twitter that showed as much as 96 percent of participants claimed he won.

Experts have said the President’s performance was measured, controlled and on message. In the meantime, analysts noted Democrat presidential nominee Joe Biden often struggled to present coherent ideas and made several gaffes throughout the 96 minute event.

Election experts have predicted President Trump’s performance could have even been good enough to win over undecided voters.

The two candidates went head-to-head in Nashville, Tenn. and debated on a number of issues currently pressing the American people. The President opened up the debate and touted his administration’s response to the coronavirus. He highlighted the great strides American companies have made to bring a swift end to the pandemic.

When he spoke about healthcare, Biden said he would replace the ‘Affordable Care Act’ with his own personal plan and argued his policy would drive insurance competition. President Trump pushed back against his opponent’s idea and noted his healthcare plan is a political ploy to attempt to bring socialism to the U.S.

Pres. Trump: “We’ll always protect pre-existing… We have 180 million people out there who have great, private healthcare… Joe Biden is going to terminate those plans.”

“When he talks about a public option he’s talking about destroying medicare… and destroying your social security,” the President noted. “And this whole country will come down.” Additionally, President Trump slammed Biden for being a puppet for “the left” and warned voters that his opponent wants to close up the country. The President added that this threatens to destroy the national economy.

“We can’t lock ourselves up in a basement like Joe does,” said the President. “We can’t close up our nation…or you’re not going to have a nation.”

Throughout the debate, President Trump hammered down on the Biden family and accused his opponent of accepting bribes from foreign entities. He stated that the Democrat owes an explanation to the American people in regard to the Hunter Biden email scandal.

The President wrapped up by reminding voters that he originally ran for president back in 2016 in order to fix “America from the control of the radical left.”

“You know, Joe, I ran because of you,” the President stated. “Because you did a poor job. If I thought you did a good job, I would have never run.”