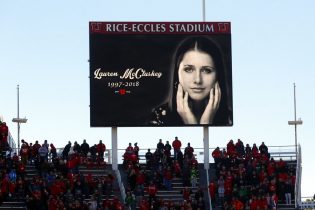 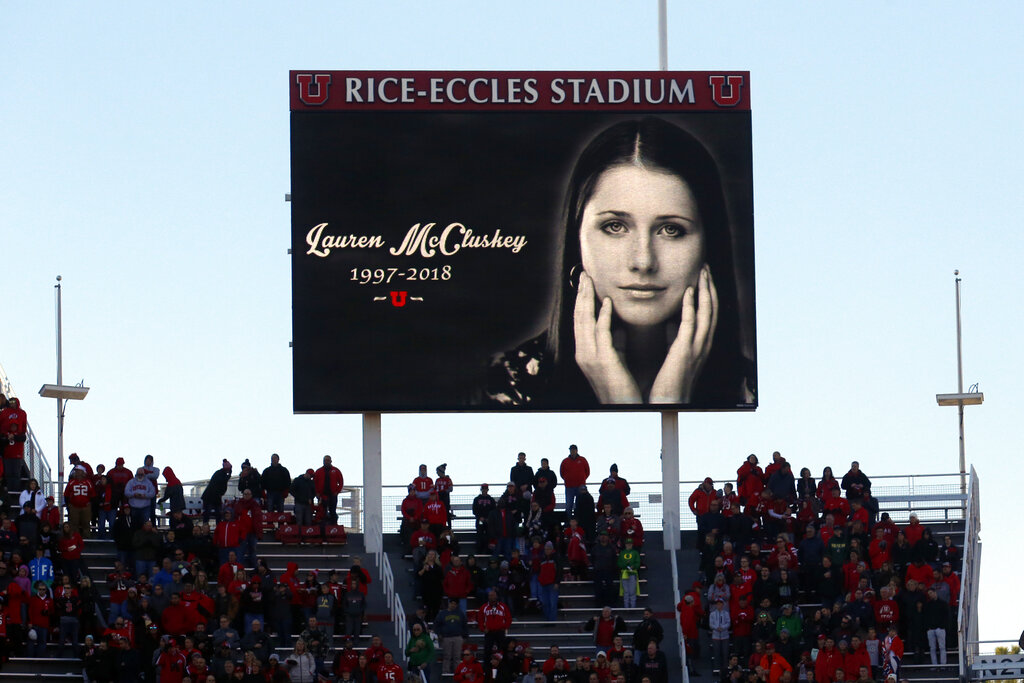 An image of the University of Utah student and track athlete Lauren McCluskey, who was fatally shot on campus, is projected on the video board. (AP Photo/Rick Bowmer, File)

On Thursday, the University of Utah agreed to pay the parents of Lauren McCluskey $13.5 million and has also committed to building an indoor track in her honor as she was part of the athletic team.

In 2018, the student was shot and killed by her ex-boyfriend, who had been harassing her after they broke up. She had reportedly notified law enforcement and campus police over 20 times that she was being harassed. 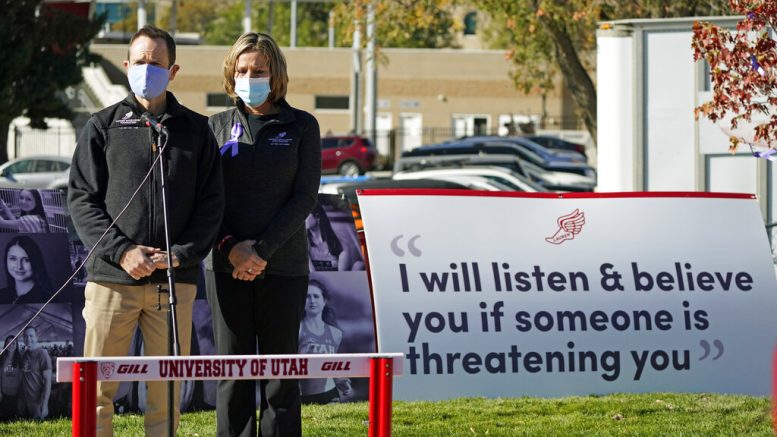 In a statement, the University of Utah acknowledged they failed the McCluskey family and added that they will focus on better equipping campus police to handle situations of violence.

Joe Biden revives false claim he was ‘shot at’ while overseas