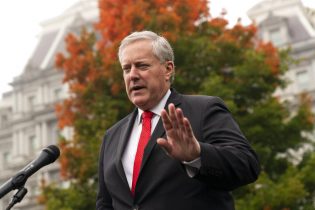 According to White House Chief of Staff Mark Meadows, appointing a special counsel to probe emails from Hunter Biden’s laptop would have “merit.”

In an interview Wednesday, Meadows said he has not spoken to Attorney General William Barr about appointing a special prosecutor and does not plan to. The White House official noted he has tried to let the attorney general do his job independently.

Meadows also pointed out that a special counsel investigation would not produce results by Election Day.

“It’s not necessarily at the top of our priority list in this last 13 days, but as we’re looking at that, we think an independent special counsel might be the best medicine for this,” he explained. “Not that anything would come out before November 3rd, nor should that be an expectation.”

His remarks came after President Trump called on Barr to take action regarding Biden on Monday.