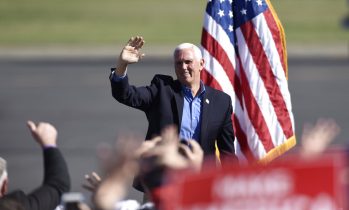 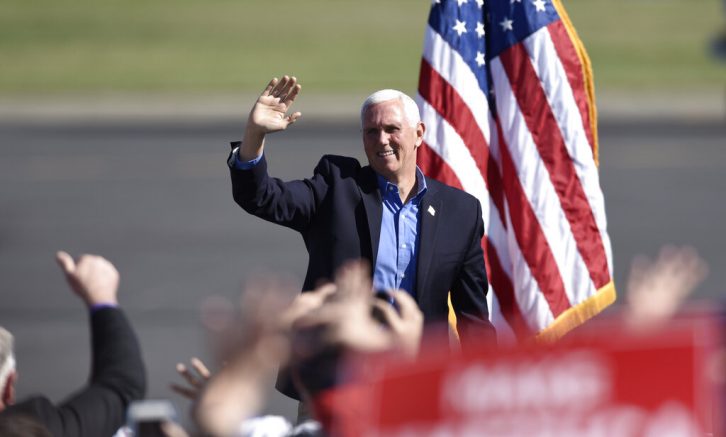 With barely two-weeks before Election Day, Vice President Mike Pence headed to Pennsylvania to share President Trump’s message to “Make America Great Again.” He visited Reading on Saturday, where he delivered remarks at a rally held at the Reading Regional Airport.

Pence touted the President’s efforts in battling the coronavirus, helping the economy recover and his unwavering support for law enforcement. He also highlighted the Trump administration’s efforts toward acquiring a viable COVID-19 vaccine that would be made available for America’s most vulnerable.

“President announced yesterday a plan with CVS and Walgreens to deliver and administer vaccines to our seniors in nursing homes and across the nation for free as soon as they’re available,” announced the Vice President.

Pence went on to say Joe Biden would be a Trojan horse for the radical left.

Vice President @Mike_Pence: Generations of tough, strong Pennsylvania workers mined the coal, worked the railroads, and forged the steel that made America into the greatest and most powerful nation in the history of the world! pic.twitter.com/LCTV03pPKv

The Vice President reminded the Pennsylvania voters of Biden’s support for defunding police while President Trump stands up for them.

“When asked if he’d support cutting funding for law enforcement, Joe Biden said, yes, absolutely,” he noted. “Let me make you a promise, under President Donald Trump we’re not going to defund the police — not now, not ever.”

Pence also expressed optimism about the open seat on the Supreme Court.

The Vice President will hold another rally at the capital city airport in Harrisburg on Monday.