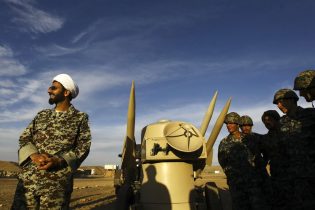 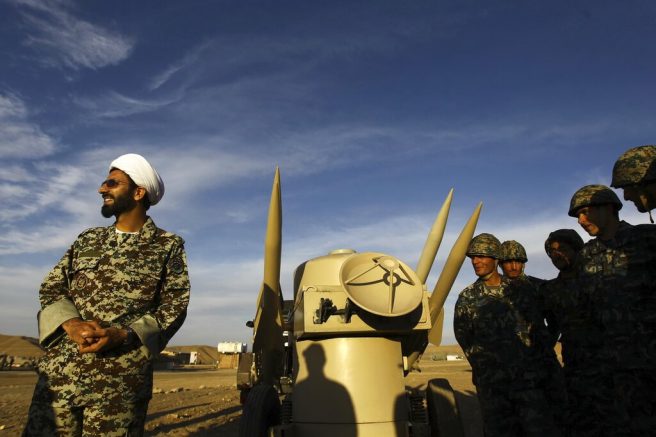 FILE – In this Nov. 13, 2012 file photo, an Iranian clergyman stands next to missiles and army troops, during a manoeuvre, in an undisclosed location in Iran. (Majid Asgaripour/Mehr News Agency via AP, File)

A 13-year-old United Nations arms embargo against Iran came to an end this weekend, giving the Middle Eastern country to the ability to purchase foreign weapons. The embargo, which expired on Sunday, came as part of the 2015 nuclear deal with world powers.

Iranian officials have called the ban’s lift a “momentous day.”

Iran has said it doesn’t have plans to purchase any new weapons, but the country does have the ability to purchase upgraded weapon systems or sell weaponry it produces.

“What Tehran will be looking for will be maybe cooperation with countries like Russia and China,” stated political analyst Abbas Aslani. “When it comes to buying maybe some arms from those countries, Iran might be thinking of buying some missile defense system, like S-400 from Russia.”

In the meantime, Secretary of State Mike Pompeo reiterated the U.S. is prepared to sanction any entity that contributes to the sale of arms to or from Iran.