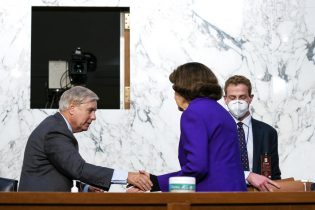 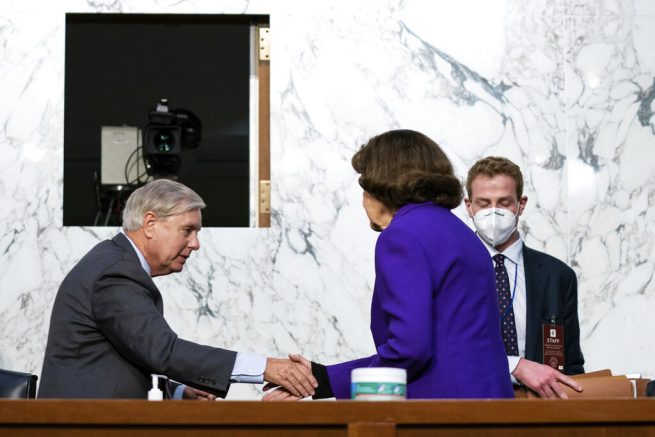 In a rare moment of bipartisanship, the two leaders hugged.

GRAHAM: “The hearing regarding Amy Barrett to become associate justice of the Supreme Court is now over.”

This came after Feinstein praised the Judiciary Committee’s handling of the hearing for Supreme Court nominee Amy Coney Barrett.

“I want to thank you for your fairness and the opportunity of going back and forth,” she said. “It leaves one with a lot of hopes, a lot of questions and even some ideas, perhaps some good bipartisan legislation we can put together to make this great country even better.”

Some progressives slammed Sen. Feinstein after her moment went viral. The liberal group “We Demand Justice” has called for her removal as a ranking member of the Judiciary Committee.

MORE NEWS: Judge Amy Coney Barrett: It’s Your Job To Choose Legislation, Mine To Interpret It