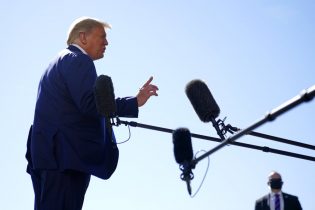 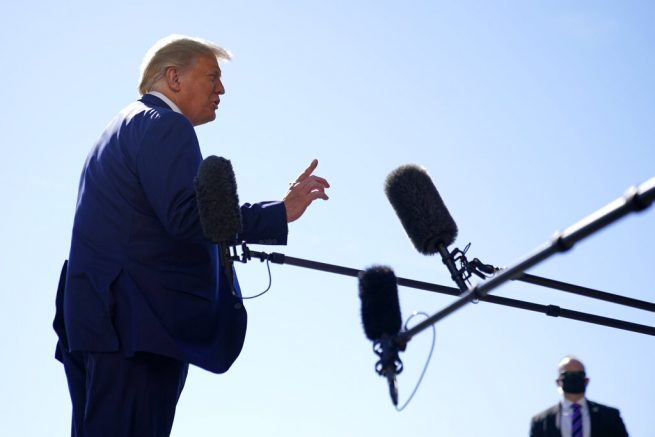 President Donald Trump speaks with members of the press on the South Lawn of the White House in Washington, Thursday, Oct. 15, 2020, before boarding Marine One for a short trip to Andrews Air Force Base, Md. Trump is traveling to North Carolina for a campaign event and Florida for a town hall. (AP Photo/Patrick Semansky)

While speaking with voters in North Carolina on Thursday, the President warned Democrat Party officials are pushing mass mail-in voting in a last-ditch attempt to secure electoral victory. However, he said those efforts will be in vain.

President Trump also called on the silent majority to go out and vote corrupt Democrats out of office.

“They don’t want to send in the ballots and have the ballots thrown away into a dumpster,” he explained. “…not a day goes by when you don’t read about what crooked things are happening, but the red wave will crush it and those are people that are going to get there on November 3rd.”

The President also noted that this is one of the most important elections in American history.